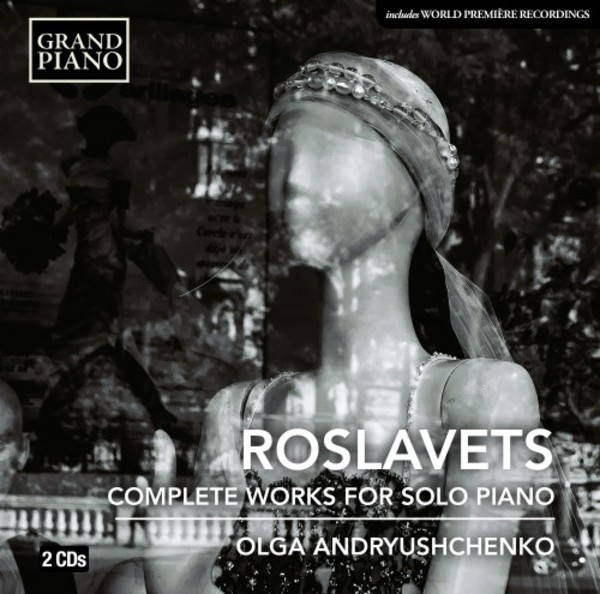 Stravinsky described Nikolai Roslavets as the most interesting Russian composer of the 20th century, but after decades of suppression under the Soviet regime his significance is still being assessed even today with newly discovered and reconstructed works included in this recording. Scriabins influence can be heard in earlier works, and a constant search for fresh sound constellations resulted in Roslavetss invention of influential new compositional techniques, treating the piano with a passionate power and complex sovereignty that Olga Andryushchenko describes as like fire and ice!

We should all be grateful to a brilliant pianist like Andryushchenko for making the huge effort to learn these brutally difficult works and giving them a chance to be heard.  American Record Guide on GP70304 (Mosolov)