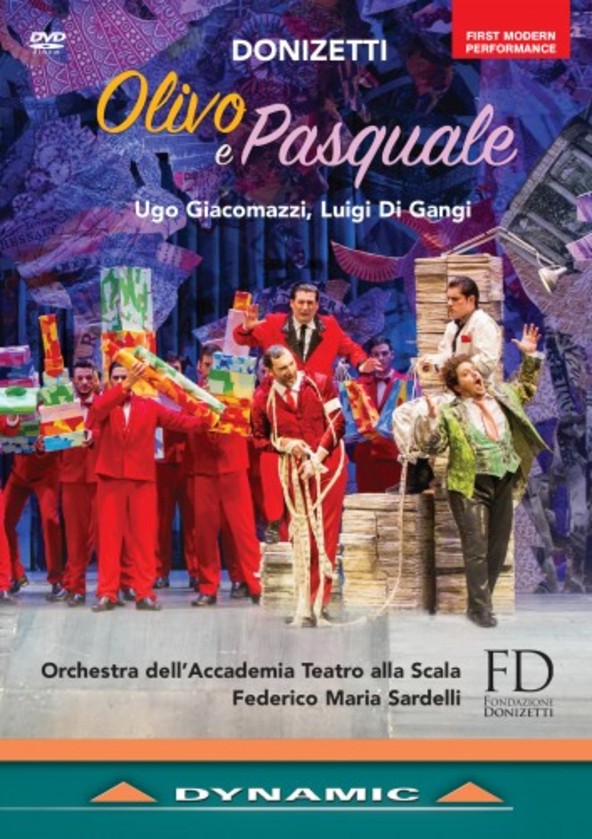 This sparkling opera buffa, recorded for the first time at the 2016 Donizetti Festival of Bergamo, has the part of Pasquale performed in the Neapolitan dialect. It is the story of two rich merchant brothers from Lisbon, Olivo and Pasquale, who habitually weigh everything against its bargaining power. The marriage of Olivos daughter and Pasquales niece Isabella is also a bargain to them: she must marry another merchant, so as not to break with family tradition. The gags between the various characters are hilarious  especially those between the two brothers, who have completely different characters  creating an almost surreal atmosphere. The show is very colourful, thanks to the rich sets and costumes. Olivo, performed by Bruno Taddia, is the real protagonist: as Isabellas father, he portrays a gruff, inflexible man, and does so with self-assurance and ease, without going over the top. No less convincing is Filipppo Morace as his brother Pasquale, histrionic and exhilarating as an actor, musically precise and excellent in his Neapolitan dialect performance. Laura Giordano, thanks to her physique du rôle, is perfect as Isabella, the heartbroken girl torn between love for the young Camillo and obedience towards her grumpy father. This release is also available in CD and Blu-ray video formats.