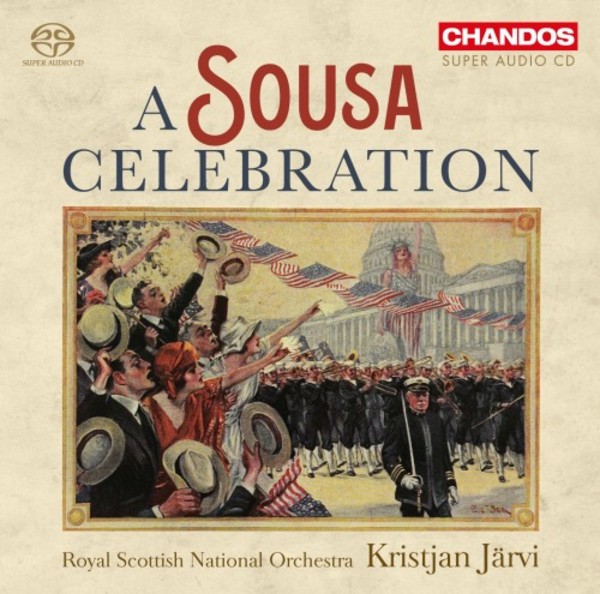 The exhilarating conductor Kristjan Järvi exploits the style and panache of the Royal Scottish National Orchestra in a festive programme of works by the American John Philip Sousa, The March King. This follows the spectacular recording of works by Julius Fučík, made by Neeme Järvi, Kristjans father.
Including such famous pieces as The Stars and Stripes Forever (National March of the USA), Semper Fidelis (Official March of the US Marine Corps), and The Liberty Bell (theme tune for Monty Pythons Flying Circus), this album is a celebration in its own right, enhanced by brightly coloured sound captured in high-quality surround-sound.