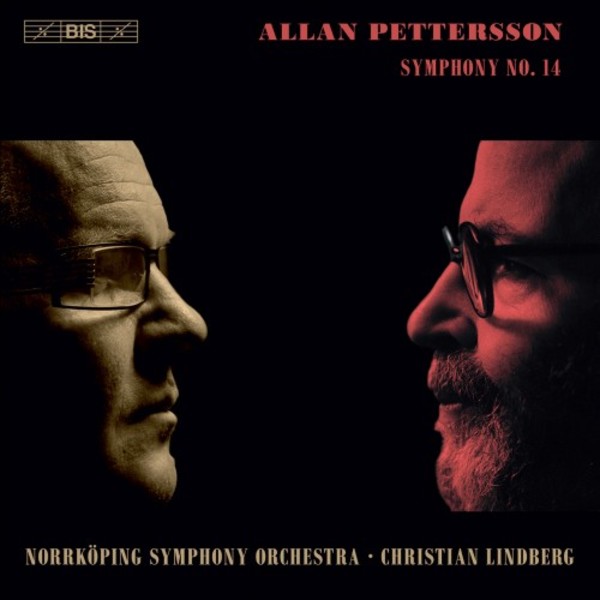 In their series of Allan Petterssons symphonies, Christian Lindberg and the Norrköping Symphony Orchestra have arrived at the Fourteenth Symphony, completed in 1978 and given its first performance in 1981, one year after the death of the composer. Like several of its predecessors, No.14 is in one extended movement and is scored for large forces, including an expanded percussion section; but there are also important traits that set it apart. Pettersson, who had studied twelve-tone composition for René Leibovitz in the early 1950s, never adopted the technique fully but in the present work the traces are more evident than in his other symphonies: the opening few bars contain all of the notes of the chromatic scale, and throughout the work Pettersson makes extensive use of compositional techniques associated with twelve-tone music.

In several earlier works, Pettersson had alluded to his song cycle Barefoot Songs, but in the present symphony he quotes himself extensively  the melody of Klokar och knythänder (Wise Men and Clenched Hands) appears no fewer than five times in its entirety and becomes crucial to the structure of the symphony. The present disc is the sixth instalment in a series that has received numerous accolades. Included with the new recording is a bonus DVD containing a film produced by Swedish Television after the death of the composer. In the course of the film, here provided with English subtitles, we meet the composer himself, members of his family, colleagues from his time as an orchestral player and musicians such as the violinist Ida Haendel.