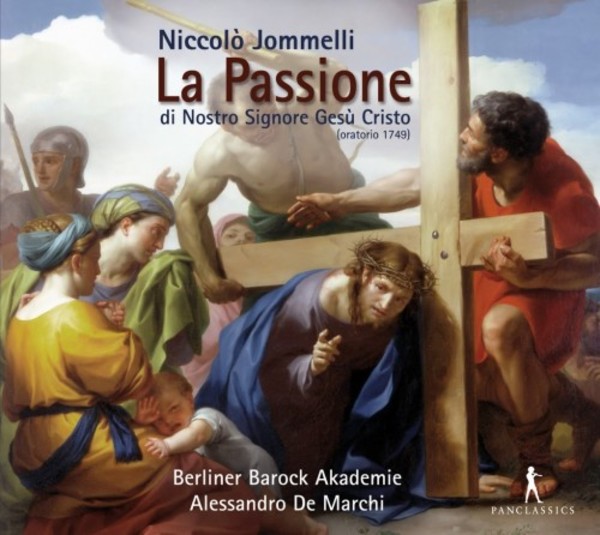 La Passione di Gesù Cristo is the title of a libretto by Metastasio which was repeatedly set as an oratorio by many composers of the late Baroque and early classical periods. The four central roles are San Pietro, San Giovanni, Maria Maddalena, Giuseppe dArimatea  with John, Mary Magdalene and Joseph of Arimathea answering Peters questions about the crucifixion.

Niccolò Jommelli was among Italys most admired composers between Baroque and early Classicism. The music historian Dr. Charles Burney considered him indisputably one of the first of his profession now alive in the universe.

The first part of the oratorio deals with the events on Calvary and their effect on those who endured it. In the arias of the second half, where the characters grapple with their loss, Jommelli achieved some remarkable mystical effects: Josephs reflection on the enormity of Jerusalems fate is strong yet strangely subdued; Johns aria captures the mystery of Gods incarnation through subtle, juxtaposed contrasts; muted strings accompanying Magdalenas aria seem at once ethereal and cold; Peters aria brings hope in the works only spectacular virtuosic display.