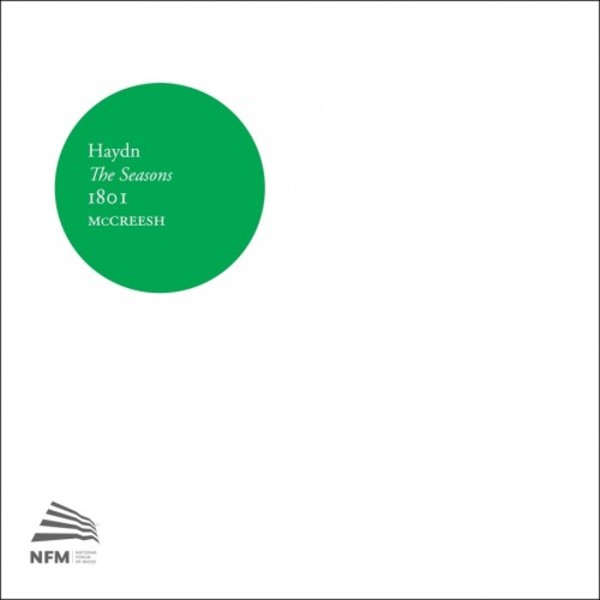 The Gabrieli Consort continue their series of award-winning collaborations with the National Forum of Music, Wrocław, Poland with a new version of Haydns great oratorio The Seasons. Using a new performing edition by Paul McCreesh this recording is the first to feature the large orchestral forces that Haydn called for, including a string section of 60, 8 horns and a choir of 70. As well as the combined forces of the Gabrieli Consort & Players, Wrocław Baroque Orchestra and National Forum of Music Choir, the recording features solo performances from British singers Carolyn Sampson, Jeremy Ovenden and Andrew Foster-Williams.

What emphatically sets this Seasons apart from all previous recordings, whatever the language, is the scale. As on his Gramophone Award-winning Creation (Archiv, 3/06), McCreesh replicates the forces of the public premiere, pitting a chorus of around 75 against a superb period-instrument orchestra of 100-plus. ... While the best German-language versions (with Jacobs my own favourite) are not displaced, McCreesh and his massed Anglo-Polish forces have given us a Seasons that thrillingly catches both the works bucolic exhilaration and its invocations of the sublime. And for sheer sonic splendour its in a class of its own.  Richard Wigmore
Gramophone May 2017

Following his success with The Creation, Paul McCreesh has now recorded the last of Haydns great oratorios  The Seasons. And the performance matches the high standards of McCreeshs previous grand choral projects. ... McCreesh revels in Haydns masterly skills... The choirs tone is full-bodied yet never heavy... And the distinctive characters of the period instruments meet every requirement as the seasons change and the orchestral colours with them: the uproarious horns (ten of them!) for the drinking song are positively riotous.  George Hall (Recording of the Month)
BBC Music Magazine June 2017