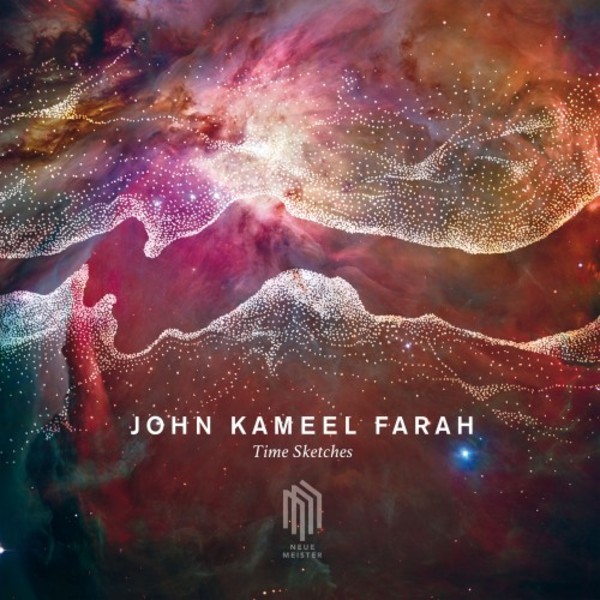 Maximalism is what the Canadian-born composer John Kameel Farah calls his unique composition style. The artist, whose parents are Palestinian-Canadian but who now lives in Berlin, has a musical style which, despite its complexity, still creates an organic feeling of unity. In this way, Farah represents a new generation of North- American composers who share a style in which complexity and musical narratives are not mutually exclusive. His music brings the listener powerfully into its sound world, with piano and live-produced synthesiser and organ sounds which are layered onto passages which could most accurately be defined as power minimal. These give way to practically contrapuntal units, into which Arabic melodic fragments are interwoven.

Recording Time Sketches was a huge experiment for John Farah. The focus of the album is his 12-minute-long piece, Fantasia. This was originally written as a commissioned work for the Western Front Society in Vancouver and performed in Berlin in 2016. John revised and recorded this work for the Neue Meister series, and wrote and recorded all the other pieces on the album in only a month (a feat which would usually take many more months). For the recording, a concert hall belonging to a home for blind children on the outskirts of Hanover was rented, into which John moved during the recording period. This rather special situation is reflected in the composition of the album, which, apart from the ecstatically complex Fantasia, has a special mood and musical flavour. Every piece comes with one of Johns own illustrations in the booklet.

The album was mixed and mastered by Berlin producer Guy Sternberg.