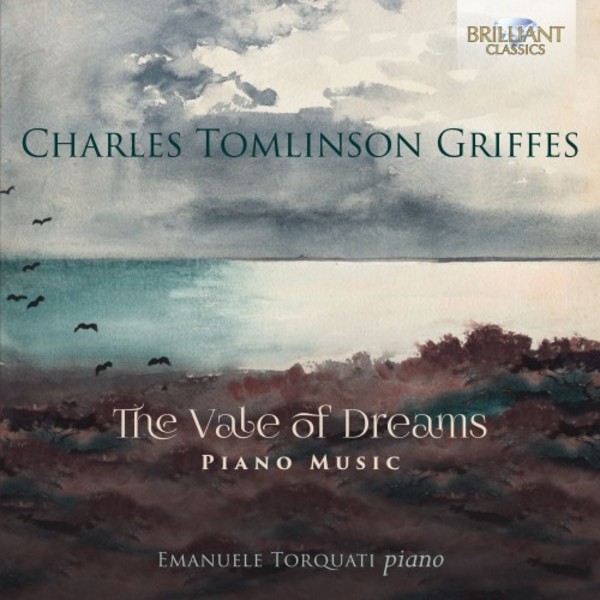 Emanuele Torquati has won critical acclaim for his Brilliant Classics albums. According to the reviewer for Fanfare magazine, Torquatis playing is consistent, and consistently good. I would highly recommend this set to any student of Roussel. In partnership with Francesco Dillon, he recorded the music for cello and piano by Liszt (BC94150) and Schumann (BC94060 and BC94328), including many rare works and transcriptions. There are two previous solo albums, surveying the piano output of Roussel (BC94329) and Zemlinsky (BC95067): lesser-known Romantic composers are his speciality.

Among their number must be counted Charles Tomlinson Griffes (1884-1920), who was endowed with a creative vein that allowed him to produce, in the space of a decade, works for the piano that were to become a point of reference for the following generation of American composers, especially Charles Ives and Aaron Copland. Indeed, Copland paid him posthumous tribute at Harvard in 1952: What he gave those of us who came after him was a sense of the adventurous in composition, of being thoroughly alive to the newest trends in world music and to the stimulus that might be derived from such contact.

Such exuberance and influence is most vividly apparent in the three-movement Sonata which is the most forward-looking work on the disc. In its bitonality and untameable energy lie the seeds of a modern American music waiting to be nurtured by Ives and Elliott Carter. Earlier works are poetically inspired, such as the Roman Sketches op.7, which became repertoire items for the likes of Olga Samaroff and Dame Myra Hess. With its overlapping chords, Nightfall conjures up an aura of mystery, while The Fountain of Acqua Paola is a virtuoso piece somewhat reminiscent of Liszts Les jeux deaux à la Villa dEste. No less a figure than Ferruccio Busoni was greatly struck by Griffess music, especially the three-movement cycle of tone poems from which this album draws its evocative title, The Vale of Dreams.