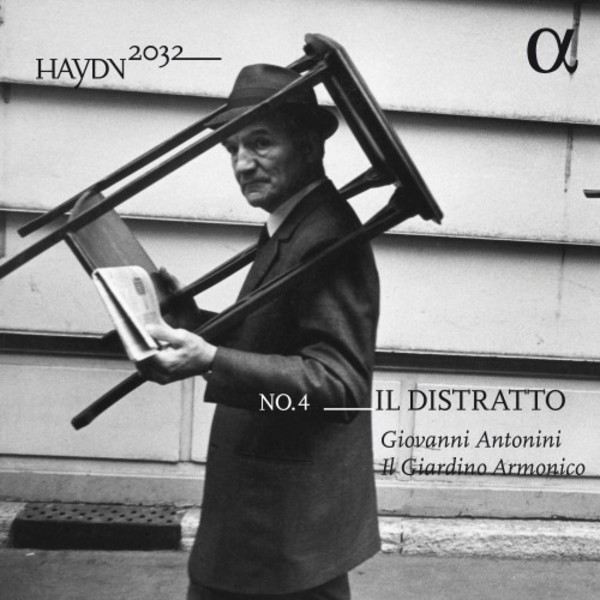 The fourth volume of the Haydn2032 project thrusts into the limelight one of the most important stock characters in the theatre of sounds and words, the Kapellmeister, and explores some glamorous and (in)glorious moments in the career of Maestro Haydn. It features three symphonies by the Shakespeare of Music  one of which is even associated with an actual play. This bears the title Sinfonia in C. per la commedia intitolata Il distratto (the name of the play soon became the symphonys nickname) and consists of an overture, four entractes, and a finale to be played at the end of the performance. Also on this disc is a large-scale buffo scene by his colleague Cimarosa. Il maestro di cappella is a witty and ironic parody, in which a member of the old school of musicians tries to improve the ensemble playing of his orchestra. To his chagrin, the players do react, but in extremely undisciplined fashion: they are distracted, make false entries and disagree musically ...
(from a text by Christian Moritz-Bauer)

The fourth instalment of Antonini's Haydn2032 project, II distratto, offers vivid readings of three symphonies in which (as, admittedly, in many a Haydn symphony) the unexpected is constantly expected.
The Sunday Times 19 April 2017

Giovanni Antonini and Il Giardino Armonico once again come up trumps in their seemingly haphazard selection of symphonies from during and after Haydns Sturm und Drang period... As in the previous volumes, the orchestral performance is breathtaking in its accuracy  the sort of Haydn-playing you dream of. Theyve set themselves another 15 years to complete this cycle (fingers crossed), and if were all still around for the composers 2032 tercentenary, this may well become the period-instrument Haydn cycle by which all others are measured. David Threasher
Gramophone May 2017