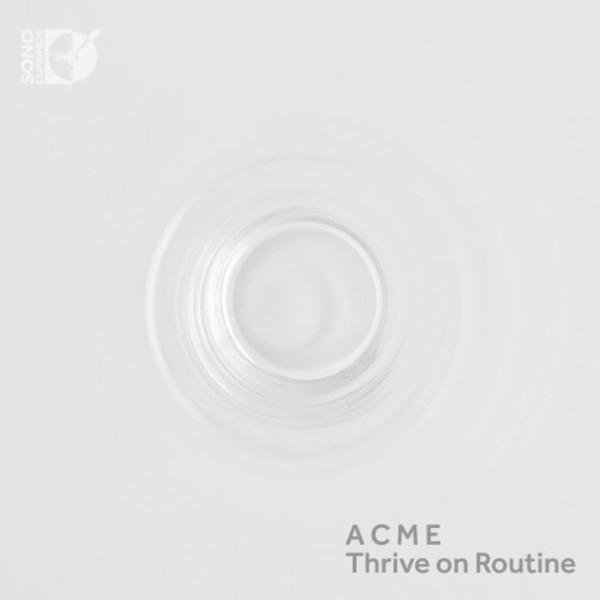 In a Treeless Place, Only Snow

Thrive on Routine for string quartet

In a Treeless Place, Only Snow

Thrive on Routine for string quartet

In many ways, this album represents the debut recording of ACME, American Contemporary Music Ensemble. The collection of pieces here was chosen for very pure and simple reasons; each work is a piece we love and to which we feel quite intimately connected. The performance of this music is an expression of affection and closeness, not just to each other as performers, but also to the composer who wrote it. Three of the four composers featured are also performers in ACME. It is music that feels very close.

The privilege of performing this music for others has shaped each of us individually and as an ensemble, and these pieces occupy a good part of the music ACME has performed as concert music. It was also chosen for this album, to exist on recorded media, because it is work that should exist in other scenarios beyond the concert experience: a long, slow walk; a frenetic commute; a late evening at home...

This curated selection of pieces comes from different but rhyming sonic worlds and is some of the music we have grown to love the most in this varied and fast-changing world.
 Clarice Jensen, ACME Cellist & Artistic Director
The American Contemporary Music Ensemble (ACME) is dedicated to the outstanding performance of masterworks from the 20th and 21st centuries, primarily the work of American composers. The ensemble presents music by living composers alongside the classics of the contemporary. ACMEs dedication to new music extends across genres, and has earned them a reputation among both classical and rock crowds. NPR calls them contemporary music dynamos, and The New York Times describes ACMEs performances as vital, brilliant, and electrifying. Time Out New York reports, [Artistic Director Clarice] Jensen has earned a sterling reputation for her fresh, inclusive mix of minimalists, maximalists, eclectics and newcomers. ACME was honored by ASCAP during its 10th anniversary season in 2015 for the virtuosity, passion, and commitment with which it performs and champions American composers.