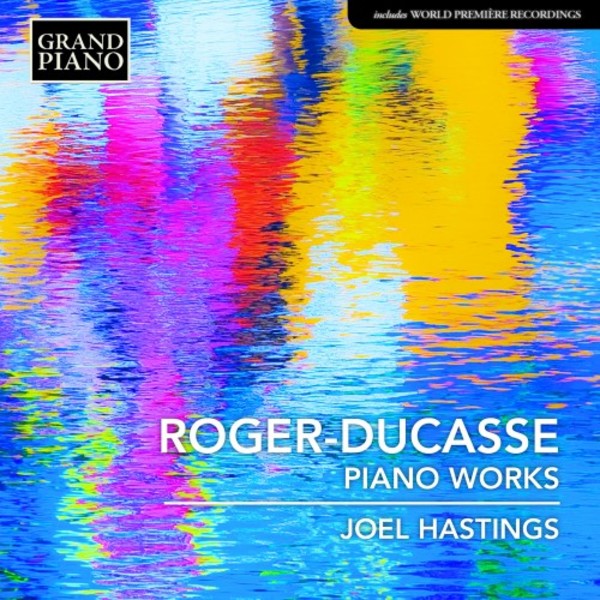 Jean Roger-Ducasse was a close friend of Debussy and a composer of considerable reputation in his day, one critic declaring that all the best qualities of the French musician are combined in him  an abundantly rich imagination, clear and deep thought and unerring taste. These qualities are found in piano works that range from exquisitely colourful wartime pieces such as Sonorités, the playfully virtuosic games of Rhythmes, in Barcarolles both dreamy and dramatic, and to a final innovative Romance that constantly seems on the brink of wandering away from tonal harmony.

Canadian-born Joel Hastings was the winner of the 8th International Web Concert Hall Competition and the International Bach Competition at the Kennedy Center in Washington, D.C. After his performance at the 10th Van Cliburn International Piano Competition in Fort Worth, Texas, one reporter designated Hastings the audience favorite while another declared, the kinetic fingers of this Canadian reminded me strongly of his late countryman, Glenn Gould. Critics described his playing as passionate, mesmerizing, hypnotic, and transcendental.

A Steinway Artist, Hastings' recordings have been selected for Canadian critic's awards, praised in publications such as American Record Guide and Musicweb International, and featured on CBC national radio as well numerous stations throughout the United States. Tragically, Joel Hastings died suddenly and unexpectedly in May 2016, at the early age of 46 years.