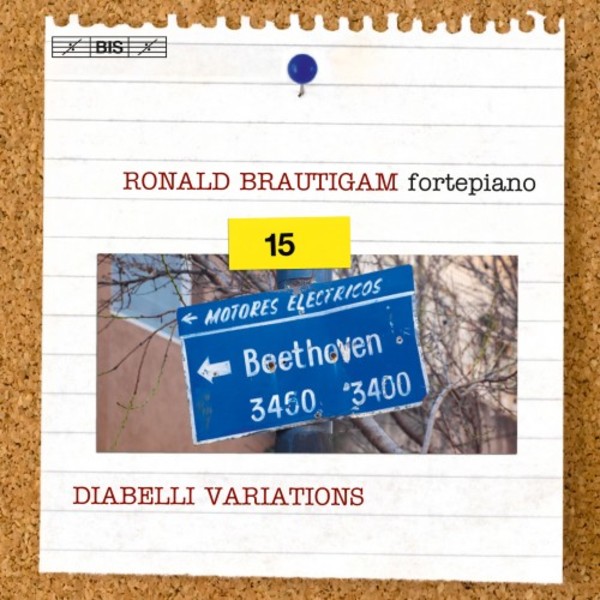 In 1819 the Viennese music publisher and composer Anton Diabelli sent a short waltz to a long list of composers. These included Schubert, Hummel, a very young Franz Liszt and, as the most prominent composer of the time, naturally Beethoven. Diabelli was proposing to compile an anthology of variations on his own waltz, one from each composer. Beethoven responded in a characteristic manner: first there was nothing, and then there was nothing  and then, in 1823, there was an entire, monumental set of no less than thirty-three variations. There are several possible reasons for this, one being that Beethoven felt that it was below his dignity to take part in a project of this nature. What is certain, however, is that he must have found Diabellis theme an intriguing piece of material with which to work  and against: Beethoven often seems to poke fun at the waltz, starting already in the first variation by turning it into a pompous march. But like all truly great variation works the Diabelli Variations take in the high as well as the low, jokes as well as drama  or serenity, as in Variation 24, a Fughetta, clearly inspired by the Aria in Bachs Goldberg Variations.

As the last large-scale piano work by Beethoven, the Diabelli Variations form a fitting close to Ronald Brautigams traversal of the complete solo piano music. A Beethoven player whose musical discernment is a constant source of wonderment (International Record Review), Brautigam has, in the course of this series, performed works composed between 1783 and 1825, using four different fortepianos. On the present disc we hear a copy of a 4-stringed fortepiano by Conrad Graf from 1822  similar to Beethovens own instrument that Graf supplied him with in 1826, a year before the composers death.