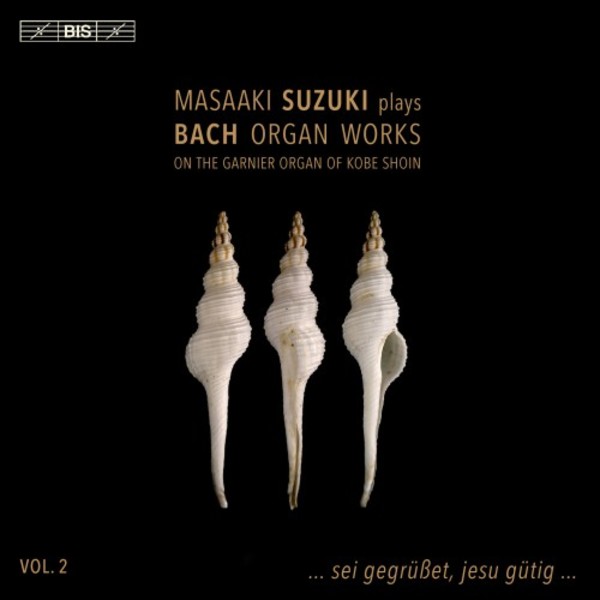 Before releasing his first disc of Bachs organ works, Masaaki Suzuki had recorded the composers complete sacred cantatas, as well as the large-scale choral works and much of the music for harpsichord. His achievements in these fields obscured the fact that Suzuki originally trained as an organist, and began working as such at the age of twelve. So when Volume 1 of this series reached reviewers around the world, it was something of a revelation to many: the disc went on to be named Choice of the Month in BBC Music Magazine, Diapason dOr in Diapason and Recording of the Month in Gramophone, which then went on to include it on its list of the 50 Greatest Bach Recordings.

Volume 1 featured the celebrated Schnitger/Hinz organ of Groningens Martinikerk in the Netherlands. For the present instalment, Suzuki returned to more familiar ground  the chapel of the Kobe Shoin Women's University where the great majority of his recordings with Bach Collegium Japan have taken place. The chapel houses a French classical organ built in 1983 by Marc Garnier, and on it Suzuki performs a highly symmetrical programme with the large-scale chorale partita BWV 768 at its centre. The work is known as Sei gegrüßet, Jesu gütig, although the chorale text that it is structured upon most probably is that of O Jesu, du edle Gabe. On either side the partita is flanked by an arrangement by Bach of concertos by Vivaldi, and a chorale prelude on Liebster Jesu, wir sind hier. The disc opens and closes with a Prelude and Fugue, in G major and C major respectively.

One of the most versatile of all Bachians, Masaaki Suzuki still manages to spring a surprise with this outstanding recital... - BBC Music Magazine, January 2016 (Instrumental Choice)