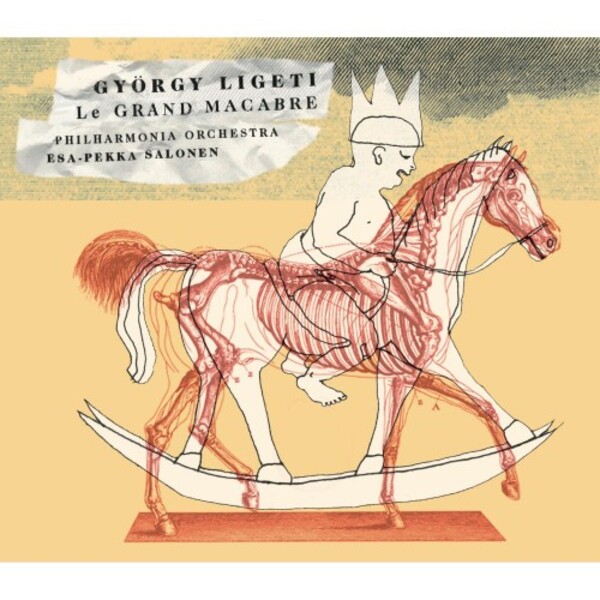 Hungarian-born composer György Ligeti was one of the late 20th centurys most influential creative figures. This recording was made under the composers supervision and captures the live performance of the opera Le Grand Macabre at Pariss Théâtre du Châtelet. Esa-Pekka Salonen, known for his brilliant interpretations of contemporary music, conducts the Philharmonia Orchestra, the London Sinfonietta Voices and soloists. This recording comes with full libretto. World-premiere recording of the 1997 version.

Based on the theatre piece La Balade du Grand Macabre by Michel de Ghelderode, Ligetis Le Grand Macabre is a surreal, darkly whimsical vision of a modern world  much of the action is set in a place called Breughelland  that is approaching apocalypse. The libretto is by the composer and Michael Meschke (the great puppet theatre expert). The opera had its world premiere in Stockholm in 1978, but Ligeti made a number of revisions to the score over the next two decades. A final revised version had its premiere at the 1997 Salzburg Festival, in a production staged by Peter Sellars, which was later presented at the Théâtre du Châtelet in February 1998, when this recording was made.