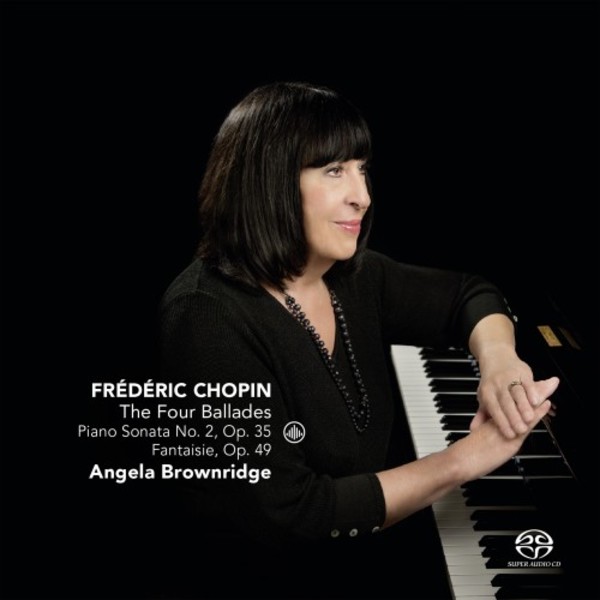 In his liner notes Bryce Morrison says: Today it is difficult to appreciate the impact Chopins music had on his first listeners. His mix of Slavonic passion and Gallic precision (his father was of French ancestry) created a world of such imaginative daring that it left his audiences bewitched, bothered and bewildered. Enigmatic to the last Chopin held aloof from such comments and left the more fancifully inclined to draw their own subjective conclusions. Like Fauré after him, Chopin disdained his published tempting tell-tale additions. More pragmatically, Piano Sonata No.2 is Chopins darkest, large-scale masterpiece, ranking among the composers supreme creations. Remarkably you are left with a work of an astonishing, if wholly novel coherence. The shock of the new continues with the Four Ballades. Finally, the F minor Fantaisie.

I should add that Chopins stature is sometimes questioned by those who claim he composed no operas, symphonies or oratorios. But the answer by this dreamer in strange places is that he wrote all of these, but for the piano. As he himself put it, the piano is my solid ground, on that I stand the strongest.

Angela Brownridge has performed extensively in all the major London concert halls and throughout the UK as well as Europe, the USA, Canada, the Far East and Australia. She has been a soloist with many leading orchestras and conductors, and Festival engagements include Bath, Edinburgh, Warwick, Newport Rhode Island, Bratislava, Brno, Hong Kong, and Maastricht. Her recorded repertoire is very varied, including some first ever collections of the complete piano music of Barber, Gershwin, Kenneth Leighton and the complete piano concertos of Saint-Saëns.

...amazing technique and tonal splendour ... wonderful clarity and dramatic force ... electrifying authority of which passion and dedication were the keynotes. She is an artist of the highest calibre and this was playing of the highest order.  The Guardian