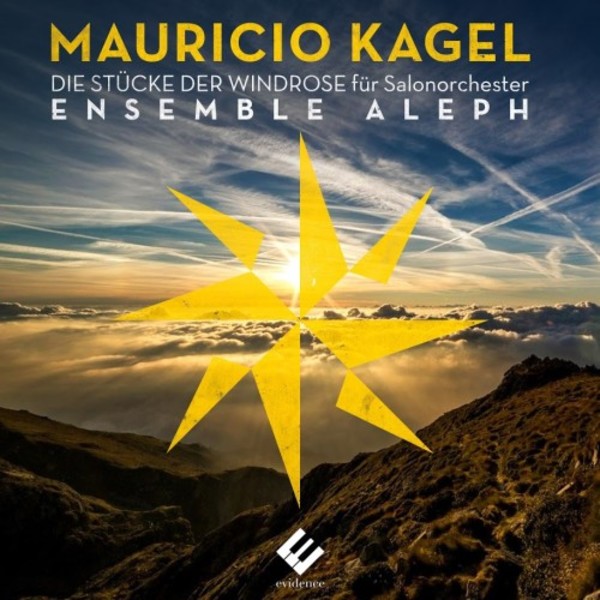 Kagel - The Pieces of the Wind Rose

Presented for the first time as a whole, the cycle of 8 pieces of Die Stücke der Windrose für Salonorchester was composed between 1988 and 1994. Mauricio Kagel worked here on the imagination attached to the cardinal points, inventing musical places that create a singular sound universe.

The Ensemble Aleph - a group of musicians and composers - is recognised internationally and displays deep commitment to contemporary creation since 1983, unceasingly seeking new relationships between sound and text, movement and music. In their programmes, they are revisiting major works of the contemporary repertoire as well as discovering young talent.

Towards the end of Kagels life, the teasing, confrontational world of his earlier pieces, with their theatricality and regular attacks on the conventions of performance, was often abandoned in favour of pieces that brought together bundles of cultural and historical references. The eight pieces for this salon orchestra, The Compass Rose, define that world better than any of his other works. Composed between 1988 and 1994, they were named after the directions on a compass, with the pieces increasing in length as Kagel became more fascinated by the allusive possibilities they suggested.

...this is the first recording of all eight, done with wonderful suppleness and wit by Ensemble Aleph. Its perhaps not a set to play all in one go  more something to savour piece by piece, with regular amazement to be found in the sheer range of Kagels imagination.  Andrew Clements
The Guardian 8 February 2017