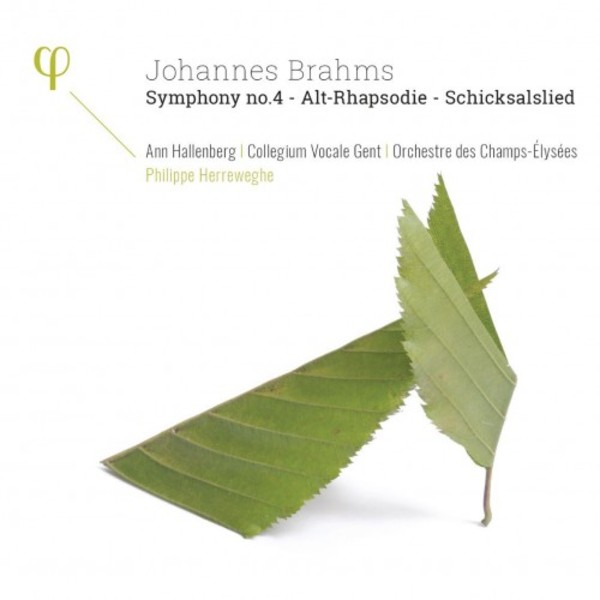 "The four symphonies of Brahms form the kernel of our musical heritage, along with such works as the Monteverdi Vespers, the Bach Cello Suites and Beethovens Diabelli Variations. To mark the twenty-fifth anniversary of the Orchestre des Champs-Élysées and the half-century (!) of Collegium Vocale Gent, we conceived the project of recording them in tandem with major choral works by this composer whose instrumental and vocal worlds are in essence inextricable.

Johannes Brahms was at heart a singer. His entire oeuvre is underpinned by poetry and text, indeed even by rhetoric, following on in organic succession from early music, notably the music of Schütz and Bach, of which he had a profound knowledge and whose tradition he was bent on continuing, to the horror of the modernists of his day. In the twentieth century, the world of the orchestra and that of the voice often followed different paths. But, contrary to this tendency, the trajectories of the Orchestre des Champs-Élysées and Collegium Vocale Gent have always been closely linked.

In the first place, this musical complementarity has enabled us to mount and record a considerable number of masterpieces of the repertoire with a deep-rooted shared aesthetic. But above all, thanks to an assiduous process of collaboration, the choir of Collegium Vocale has applied itself to the task of incorporating into its approach vertical, rhythmic precision and true, non-tempered intonation, two of the qualities to which the orchestra aspires, while the preponderance of text and vocal phrasing and articulation, indeed even pronunciation, has profoundly influenced the discourse of the orchestra, permeating to the very core of its instrumental technique. These are the bases of a task we dream of continuing for the next half-century."

This disc, recorded on period instruments under the masterly direction of Philippe Herreweghe, is released to coincide with a double anniversary: as a prelude to the Flemish conductors seventieth birthday, it also celebrates the twenty-fifth year of existence of one of his favourite ensembles: the Orchestre des Champs-Élysées.

grab this Rhapsody ... the disc is worth snapping up for the two accompanying vocal works: the Alto Rhapsody, with the superb, pure-toned Swedish mezzo-soprano Ann Hallenberg as soloist, and the Schicksalslied (Song of Destiny)... The men of the Collegium Vocale Gent achieve a beautifully blended texture, as do the entire choir in the Song of Destiny.
The Observer 4 June 2017