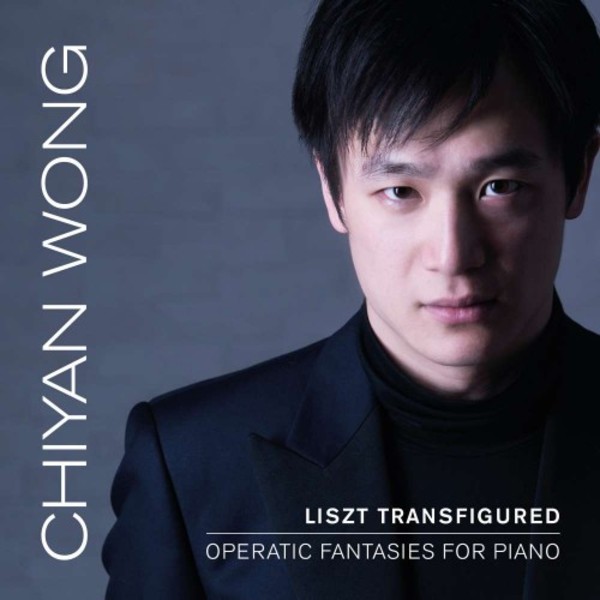 The hugely talented pianist Chiyan Wong makes his recording debut with the phenomenally difficult Liszt transcriptions of well-known opera melodies. A broad and thoughtful musician, Chiyan Wongs special interest in the music of Franz Liszt, has led to him perfecting his own editions of these popular operatic fantasies. Following Liszts own advice regarding transcriptions, Wong concentrates on communicating the spirit and intention of the music whilst applying his own personal touches. A decade of performing the Réminiscences de Don Juan de Mozart has created a most effective version, whilst Wong adds a new coda to the Fantasie über Themen aus Mozarts Figaro und Don Giovanni in a fitting tribute to Liszts pupil Carl Tausig. Wong has performed Liszt around the world: in Hong Kong as part of the composers bicentenary celebrations, in London at his Wigmore Hall debut, and in concert for the Liszt Society in Europe.

Chiyan Wong has been astonishing audiences with not just the sincerity and sheer authority of his playing, but is also fêted by critics and colleagues as a rising star of the piano world. Wong was the sole recipient of the Bernard van Zuiden Music Fund of the Hong Kong Philharmonic Orchestra in 2007 and won First Prize at the Jaques Samuel Pianos Intercollegiate Piano Competition in 2011. In addition, he has been awarded prizes by the Hattori Foundation in London, the International Piano Competition in Memory of Vladimir Horowitz in Ukraine and the Premio Liszt in Parma. He is a recipient of the Postgraduate Performance Award by the Musicians Benevolent Fund and the ABRSM Macklin Bursary. Wong has performed in Singapore, Italy, France, Germany and the UK and will return to the Singapore International Piano Festival in 2017.

Chiyan Wong is an exciting, original and thoughtful pianist. Nothing sounds bought in; everything sounds freshly but not self-consciously conceived. - Stephen Hough

Chiyan Wong has a sincerity as a person which he applies to his musicmaking, and that is very rare these days. - Kun-Woo Paik

This debut disc from pianist Chiyan Wong is a bit of a guilty pleasure. Liszts operatic fantasies are gloriously over the top  unapologetic showcases for the composers phenomenal technique and ability to shape a melodic line while the piano explodes around it. Wong skilfully balances fire, flair and levity, and has a knack for nudging the melodies gently round their corners.  Erica Jeal
The Guardian 23 March 2017

I have run out of superlatives here as this really is a stupendous recording. [...] Every idea is presented without preconceptions and flows naturally. Mr. Wongs playing is phenomenal.  Recording of the Month
MusicWeb International June 2017

Beyond the dazzling technical polish he brings to these fiendishly challenging pieces, most striking is Wongs sincerity of purpose.  Patrick Rucker
Gramophone April 2017