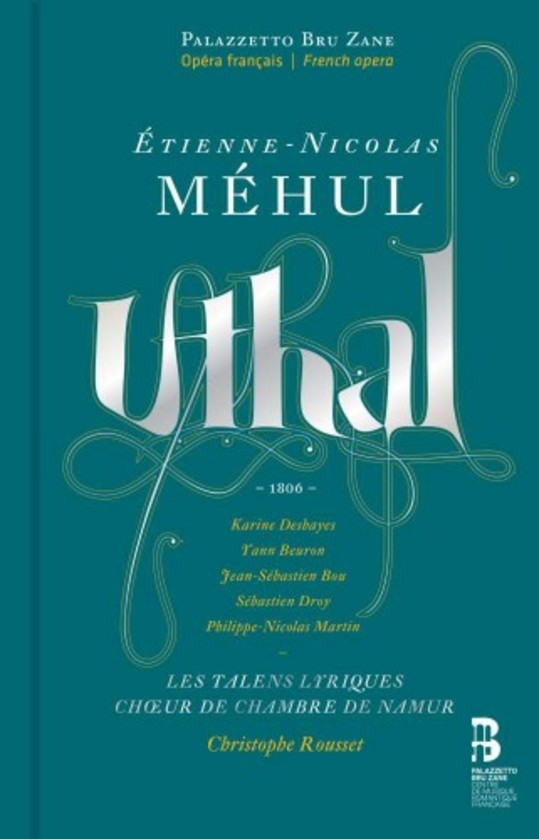 Uthal (opera comique in one act)

Uthal (opera comique in one act)

Prompted by the success of Ossians poetry during the First Empire, the Opéra-Comique commissioned from Méhul a short and gripping work inspired by James Macphersons Celtic reveries. The composer had the brilliant idea of conjuring up the mists of this Scottish fantasy world in his music by using the grisaille sonority of an orchestra without violins. The Gothic coloration of wind instruments with divided violas, the melancholy poetry of the harp and solo horn that frequently emerge from the tutti, contrast with the choruses of warriors and the belligerent strains of Larmor and Uthal. The Hymn to Sleep, an eminently Romantic bardic song, came to be seen as one of Méhuls finest pieces, and was sung over his grave by the Conservatoire students at his funeral in 1817.

Palazzetto Bru Zanes exhumation of 19th-century operas continues with Uthal by Étienne-Nicolas Méhul, a leading composer in post-Revolution France getting renewed attention on the 200th anniversary of his death. Composed in 1806 for Pariss Opéra Comique, its only an hour long, and a quarter of that is dialogue, delivered here in suitably melodramatic style by a classy Francophone cast. ... Christophe Roussets crisp-sounding orchestra brings the score to life, as do the gleaming soprano Karine Deshayes, tenor Yann Beuron and bass Jean-Sébastien Bou, chewing the scenery as the deposed king.  Erica Jeal
The Guardian 23 February 2017