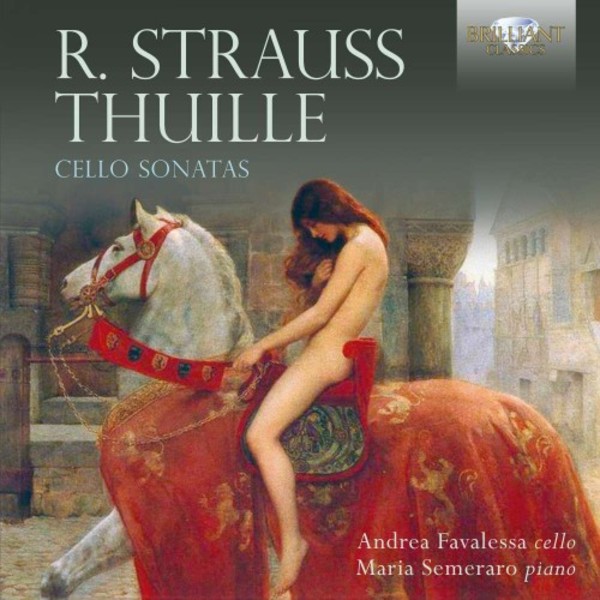 The cello sonatas of Richard Strauss and Ludwig Thuille make a natural if little-encountered pairing. They were boyhood friends in Munich, both from educated and highly cultivated families. Thuille was the elder, and for some years guide to Strauss, though even then it was clear both to them and their friends and family who was the more naturally, even prodigiously gifted musician.

On both of these sonatas, Brahms exerts an unmistakable influence, but their composers were at very different points of life when they were composed. Strauss was still a teenager and thanks to his fathers prohibition had yet to discover the music of Wagner when he wrote this three-movement Romantic sonata which is so full of yearning melody and unstoppable momentum.

By the time Thuille wrote his Sonata in 1902, almost 20 years later, Brahms had been dead for five years and Strauss had written an opera that tears at the very boundaries of tonality, Elektra: it marked a point beyond which he would never venture, but neither did he ever return to the carefree tone of the Cello Sonata.

Thuille in later life became a professor of composition, and that experience tells in a mellow idiom, more inclined than Strauss to exploit the cellos characteristic vein of melancholic introspection and declamation, especially in the long, central slow movement.

Andrea Favalessa and Maria Semeraro have performed as a duet for several years. Their Brilliant Classics recording of the music for cello and piano by Alfredo Casella (BC94823) was released in 2014 to an enthusiastic reception. The FavalessaSemeraro duo continues to give concerts in Italys most prestigious chamber‐music venues.