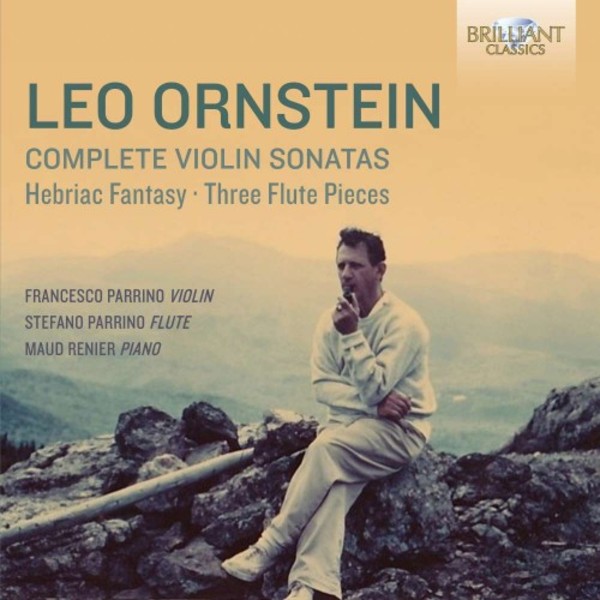 A matter of months separate the first two violin sonatas by Leo Ornstein (1893‐2002)  the spring of 1915 in which the world was tearing itself apart in conflict  but, as if to mirror their times, the musical styles they explore are poles apart. The First Sonata is a long, four‐movement work in a late‐Romantic vein.

Only the descending clusters in the piano part of the second movement give notice of the fiercely Modernist rhetoric of the Second Sonata, in which the 20‐something tyro composer himself admitted that he brought music to the very edge... I simply drew back and said, beyond that lies complete chaos. In fact the four movements  much briefer than the First, but still traditionally disposed, with an Andante espressivo second movement  inhabit the realm of Expressionist angst shared by Arnold Schoenbergs music of the period, including the Five Orchestral Pieces and Erwartung.

Brilliant Classics presents the first opportunity on record to compare and contrast these richly fascinating works, and in a new recording made by Italian instrumentalists who show themselves in deep sympathy with Ornsteins protean creative world. The brief, single‐movement Third Sonata dates from around 15 years later. It is characterized by a harsh, almost alienated lyricism, and by many references to the Jewish culture that became explicit in the Hebraic Fantasy, written in 1929 for the celebration of Alfred Einsteins 50th birthday.

The Three Pieces represent most of Ornsteins writing for the flute: written separately within the 1950s, they show a composer who had reinvented himself once more to write with melodic charm, and in a mood of peaceful serenity. This disc should be a fascinating discovery for all followers of 20th‐century music.