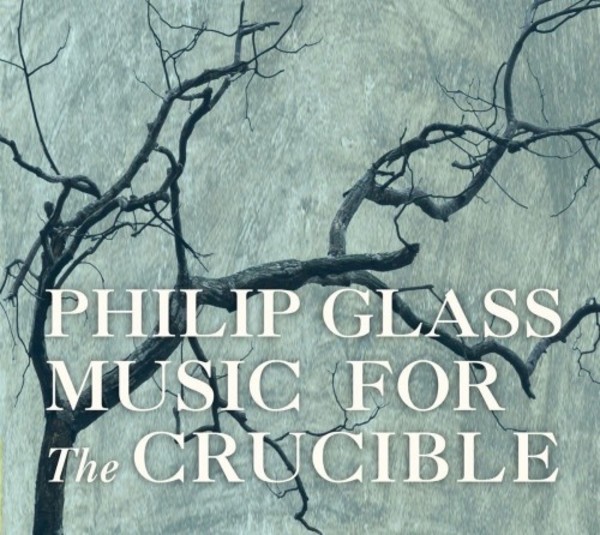 Philip Glass - Music for The Crucible

The Crucible: music for violin and cello for Arthur Miller's play

The Crucible: music for violin and cello for Arthur Miller's play

On 31 March 2016 a new production of Arthur Miller's The Crucible opened on Broadway with an all- star cast including Saoirse Ronan and Ben Whishaw, directed by Ivo Van Hove, produced by Scott Rudin, with new music by Philip Glass. Arthur Miller's works Death of a Salesman and The Crucible are staples of recent literature in American schools since they were published. The Crucible has a timeless relevancy that continues to resonate with audiences. Arthur Miller wrote The Crucible in the early 1950s in response to McCarthyism. Modern day witch trials were played out in a supposed search to root out the Communist element in American society. Lives were ruined, neighbour began suspecting neighbour. It was a dark chapter in American history. The Crucible tells of characters in Salem in the Massachusetts Bay Colony in the years 1692 and 1693 in which an entire society gave into the mob mentality, turned on itself, and ultimately took the lives of twenty people fourteen of them women. The title The Crucible refers to a vessel in which things are melted down at high temperatures. In Miller's play the action commences simply enough but by the end of the play society has ripped itself apart given into an evil mania and losing its soul in the process. This may be what attracted Philip Glass to the scoring of this place at this specific time. Glass has always been a composer attracted to issues of social transformation and the forces behind them. Glass composed over 40 minutes of new music for violin and cello as the main body of his score The Crucible. Only half of that music was used in the 2016 production on Broadway and it was supplemented with Glass arranging a number of traditional hymn tunes. What is presented on this album is the complete original music for violin and cello that Glass wrote for the play omitting the hymn songs as well as one short piece for violin cello and organ that was a last minute addition. While string instruments evoke an old world and timeless sound one can speculate that the decision for writing for the combination of violin and cello plays on the duality that is ubiquitous in The Crucible... light and dark goodness and evil male and female righteousness and injustice.