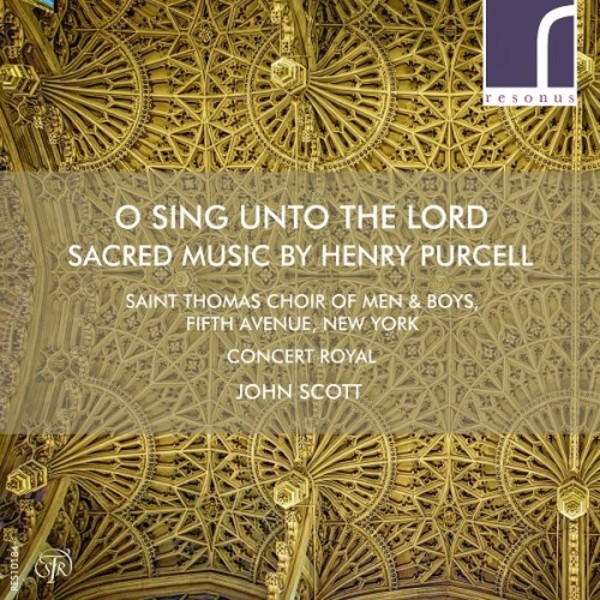 O Sing Unto the Lord: Sacred Music by Henry Purcell

Continuing their ongoing series with Resonus, the Saint Thomas Choir of Men & Boys, Fifth Avenue, New York and conductor John Scott release this compelling programme of choral works by Henry Purcell which also features the acclaimed New York period ensemble Concert Royal.
Recorded on period instruments, this collection of sacred works by Henry Purcell features some of the composers best-known choral works framed by the large scale works O sing unto the Lord, Z44 and the Te Deum in D major, Z232. Completing this collection is the organ Voluntary in G major, Z720, in a striking performance by John Scott.