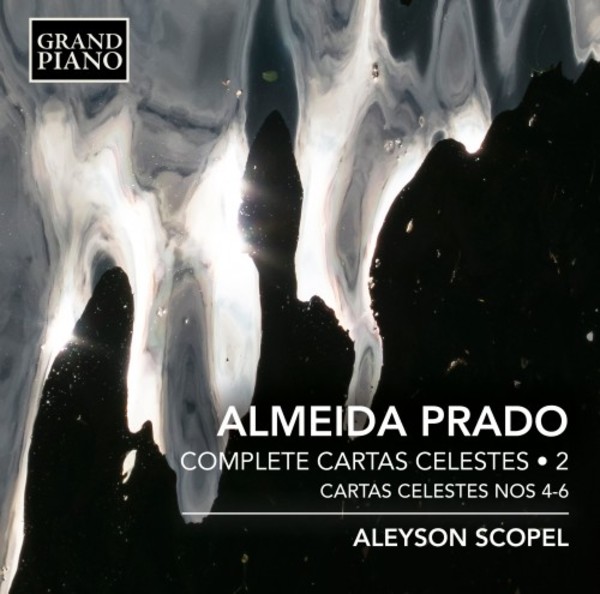 Cartas celestes (Celestial Charts) is a colossal 18-movement cycle of works depicting celestial bodies to be seen in the Brazilian sky, for which Almeida Prado, one of Brazils most prolific and best-known composers, invented a new harmonic language called transtonality. Dense and rhythmically charged and saturated in the richest colours, Nos. 4, 5 and 6 complete the composers portrayal of the planets.

Brazilian pianist Aleyson Scopel is a recipient of the Nelson Freire and Magda Tagliaferro awards, and has also won numerous prizes in international competitions such as the William Kapell, Villa-Lobos, Corpus Christi, Kingsville and Southern Highland International Piano Competitions. His performance of the first set of Cartas celestes by Almeida Prado was thus received by the composer: It came straight from heaven! Meteor Showers, radiant constellations, glowing nebulae and a transcendental vitality marked the genial interpretation of this colossal pianist. Prado would later dedicate to Scopel the fifteenth set of the series. Aleyson Scopel graduated with distinction in performance and academic honours from the New England Conservatory of Music, in Boston. During his years at the conservatory he studied with Patricia Zander and was also awarded the Blüthner prize. He then furthered his studies in Brazil with Celia Ottoni and Myrian Dauelsberg.

Everything sounds like a stream of consciousness that has in fact been meticulously composed. Melodic gestures are flashy and grand, colorful and expressive, but without falling into tired predictability.  American Record Guide