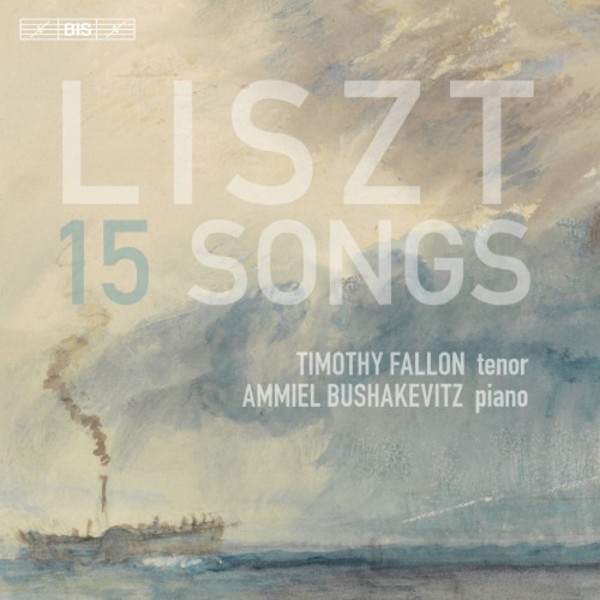 Timothy Fallon and Ammiel Bushakevitz appear regularly together in recital, and in 2013 won first prize in the Wigmore Hall/Kohn Foundation International Song Competition. For their début disc as a duo they have devised an all-Liszt programme which spans some 40 years of the composers career, taking in settings of poems in four different languages. Most of Liszts 70 or so songs were composed during the 1840s, but Liszt returned to many of them over the course of his life, sometimes revising them more than once and in some cases arranging them for solo piano. Some of these arrangements, such as the three settings of sonnets by Petrarch which open the disc, have become better known than the originals. Another Italian setting is the tenderly lyrical Angiolin da biondo crin, written for Liszts daughter Blandine. Composed in 1839 it is the composers first song, but Fallon and Bushakevitz have chosen to perform the revised version made some 10 years later.

Although French was not Liszts mother tongue, it became his preferred language and he composed a number of songs to French texts  many of them by Victor Hugo, his friend and idol. Another author admired by Liszt was Schiller, whose Wilhelm Tell inspired revolutionaries during the tumultuous 1840s. Among some of the later songs are Jugendglück, a rhapsodic tour-de-force exemplary of Liszts virtuosic style, and Go not, happy day from 1879, the only English setting among his songs. The disc closes with another late song, Ihr Glocken von Marling, to a poem by Emil Kuh which inspired Liszt to create an intensely evocative soundscape.