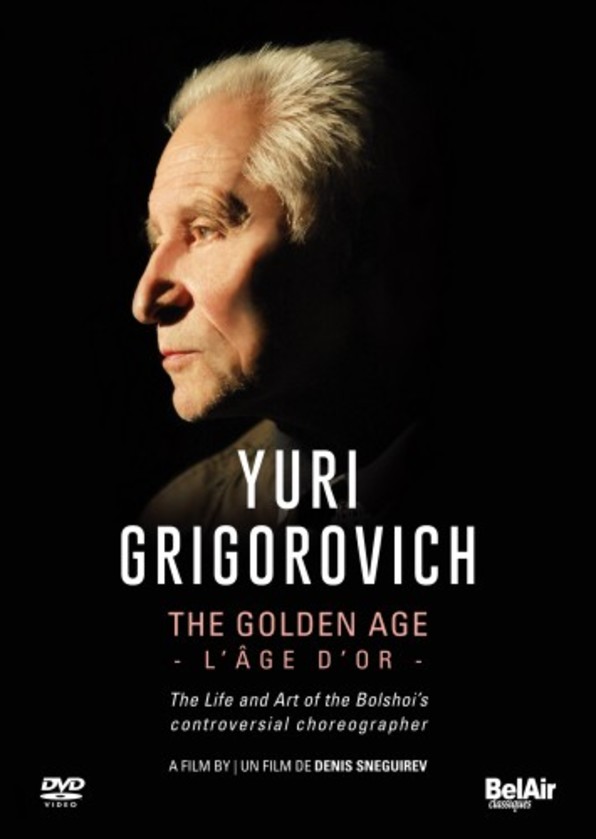 Denis Sneguirev's documentary about Yuri Grigorovitch (born 2 January 1927 in Leningrad), The Golden Age, takes its name from the last great ballet choreographed by Grigorovitch for the Moscow Bolshoi, which he led from 1964 to 1995. His 31-year tenure at the helm of one of the world's most prestigious companies coincides with the golden age of soviet ballet.

Adored by some, vilified by others, Grigorovitch was nicknamed the 'Tsar of the Bolshoi'. He created several of the iconic ballets which were to bring his troupe fame in the Soviet Union and also internationally, at a time when dance was used as a propaganda tool in the delicate political relations between the West and the East. Spectacular productions like Ivan the Terrible and Spartacus, which combined ancient epics with great national frescos, were discovered by western audiences for the first time. Grigorovitch's art was at its best in these ample narratives, where he exploited the strength and virtuosity of his dancers, who were at this time unrivaled in the west.

Denis Sneguirev's film addresses Yuri Grigorovitch directly, in the form of a letter. Interspersing interviews with artists and colleagues of Grigorovitch we look back over the career of this dancer and choreographer, which from its origins in Leningrad, and later in Moscow, would bring him international renown. The director also includes several extracts of Grigorovitch's ballets, set in context with the history of Soviet Ballet and with history in general.

Throughout his career Yuri Grigorovitch was a man of contrasts and paradoxes. Some reproached him for pandering to those in power, and yet he was never a member of the Communist Party. Should we view this controversial man as an icon? As a living monument? A despot? Without entering into polemical territory, Denis Sneguirev's film allows us to discover the many sides of a complex man, the artistic influence he exerted over a period of three decades, and the heritage he leaves today to the world of dance.