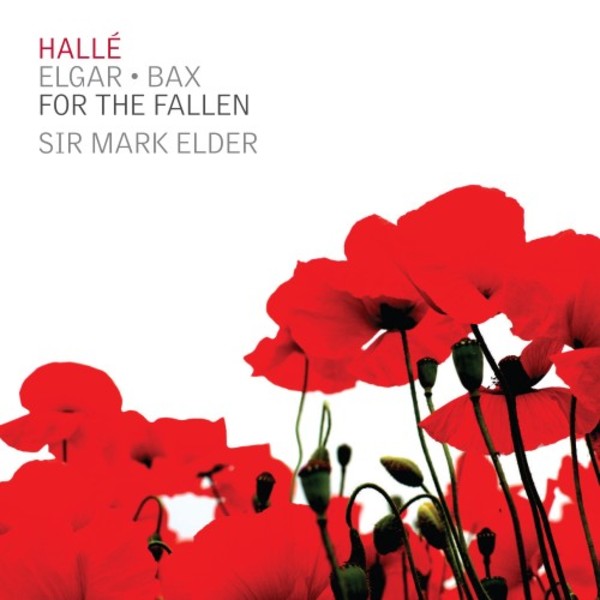 Elgar, Bax: For the Fallen

A Voice in the Wilderness, op.77
Grania and Diarmid, op.42: Incidental Music
The Spirit of England, op.80

A Voice in the Wilderness, op.77
Grania and Diarmid, op.42: Incidental Music
The Spirit of England, op.80

The latest release in Hallés award winning series of recordings of works by Elgar couples his last great choral work with a fascinating collection of works which similarly remember the departed.

The largely overlooked The Spirit of England is arguably Elgars last great choral work. Thematically linked to The Dream of Gerontius the work sets texts from WWI poets and was premiered in sections during 1916 and 1917. In tone it is close to the melancholy of the Cello Concerto and Britten referred to its music as displaying a personal tenderness and grief as well as genuine splendour.

The melodrama (spoken words with musical accompaniment) of A Voice in the Wilderness movingly depicts the contrasting moods of the desolate and subdued Western Front by night and the soaring, aspiring lines given to a war-time Belgian peasant girl.

The remaining two works on the album present works inspired by Irish literature.  Grania and Diarmid was a play based on tales of Irish mythology. Elgars music for the play, a story of tragic entangled love, was described by playright W.B. Yeats as wonderful in its heroic melancholy.

Baxs rarely performed orchestral work In Memoriam is subtitled An Irish Elegy. It reflects the composers passionate interest in, and love for, Ireland, her literature and her tragic early twentieth century history  including the Easter Rising of April 1916 and the subsequent execution of some of its leaders which deeply shocked Bax. The resultant music contracts outbursts of anger with episodes featuring melody of profound sadness and lyricism.

The latest addition to Mark Elders British music series continues his exploration of Elgar with a couple of the works composed during the first world war. A Voice in the Wilderness is one of a triptych of small-scale pieces with narrator that Elgar composed between 1914 and 1917 ... while the settings of Laurence Binyon in The Spirit of England was his last major choral work. ... in the latter piece, the impressionist world of its second movement, To Women, is unlike anything else Elgar wrote, except, perhaps, parts of what survive of his third symphony.  Andrew Clements
The Guardian 16 February 2017