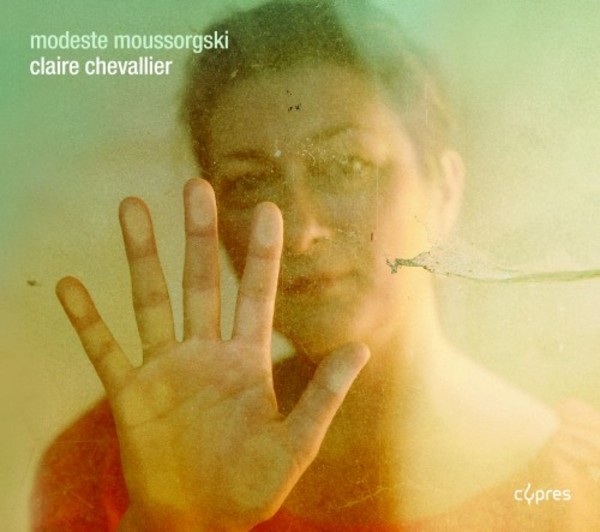 Uniquely, this recording was made on a Russian piano dating from Mussorgskys own time. Claire Chevalliers research into Russian piano manufacturers led her to conclude that the piano the composer knew best and played most frequently was produced by the St Petersburg manufacturer J. D. Becker. She acquired an 1875 Becker piano, restored it, familiarised herself with its sonorities and plays it on this recording of Pictures at an Exhibition.
Its combination of mechanism à la française, a construcatioin in the German style and an extremely heavy metal frame produces an instrument capable of both elegant, refined sonorities and sheer brute force. As Chevallier says: The first time I played Pictures at an Exhibition on this restored piano I was taken on a voyage of discovery, as the instrument metamorphosed according to the dynamic.
This recording is faithful to the Russian soul that was so important to Mussorgsky; indeed, he was obsessed with the idea of giving direct expression in his works to the Russian soul in its purest form. He did not write notes that were supposed to charm the player, but to communicate a strong, focused idea to the listener.
Pictures at an Exhibition was written in memory of the architect and painter Viktor Hartmann, a close friend of the composer. Mussorgsky wrote: Sounds and ideas hang in the air, I am gulping them down, guzzling them up, and barely have the time to scribble them down on paper. I am writing Number Four; the transitions are good (in the form of a promenade). I want to get it all done as quickly as possible with a steady hand. I can be spotted, in person, in the interludes.
The short pieces Méditation and Une larme are only rarely recorded; both are pianistic concentrations of melancholy.