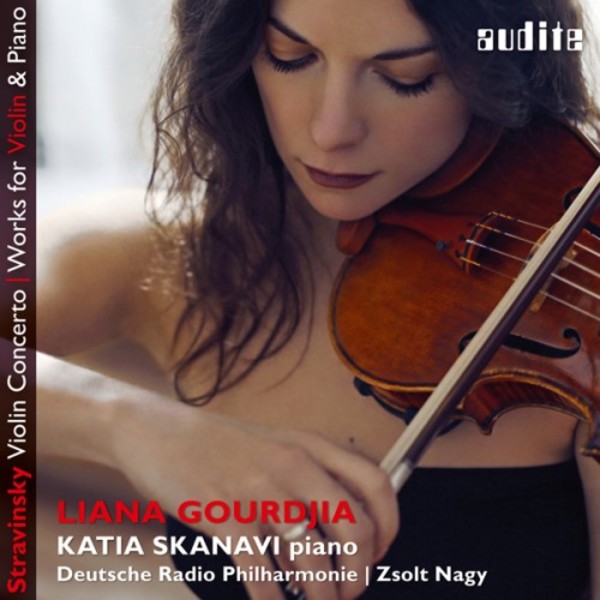 Stravinskys rarely-performed Violin Concerto, coupled with the main works of his repertoire for violin and piano. The composer was initially convinced that he lacked the experience necessary for writing a violin concerto and taking full advantage of the instruments possibilities in concertante style. But in 1931 he went on to compose a Neoclassical masterwork in close collaboration with violinist Samuel Dushkin, a work that bears his unmistakable fingerprint. It is considered one of the 20th century's greatest violin concertos. He also made numerous arrangements for violin and piano, joining again with Dushkin to enrich the violin repertoire with his imaginative genius. Along with the multi-movement works, the Suite italienne and Divertimento, Liana Gordjia and Katia Skanavi present a selection of miniatures: the Berceuse from The Firebird, the Danse russe from Petrushka, the Chanson russe from the opera Mavra, and Tango, a piano piece arranged by Dushkin for violin and piano.
Liana Gourdjia gave her solo debut with orchestra at the age of nine. Her talent was then actively supported, and she performed numerous concerts in Russia's great concert halls as well as on radio and television. She studied at the Moscow Central School of Music and the Cleveland Institute of Music in the US. She is the winner of the Sion-Valais International Competition and a prizewinner at the Michael Hill, Corpus Christi, Hudson Valley, and Kingsville International competitions. She has been awarded a residency with the Montgomery Symphony in the US, where she appeared as an orchestral soloist and concertmaster and performed solo recitals.