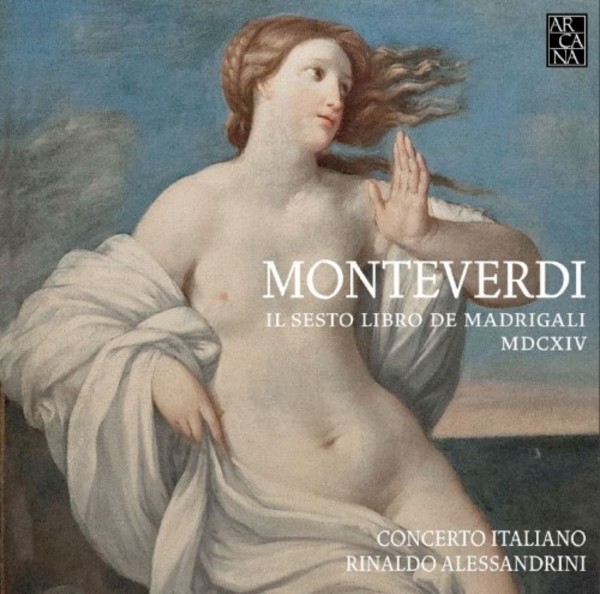 Rinaldo Alessandrini is one of todays most eminent Monteverdi authorities, and his highly acclaimed recordings with Concerto Italiano are now widely recognised as a reference point for music lovers all over the world. Recent achievements include the completion of Monteverdis trilogy of operas (directed by Robert Wilson) at La Scala in Milan and at the Opéra National de Paris, and a triumphal concert tour in Australia and New Zealand with the Vespro della Beata Vergine.
To mark the 450th anniversary of Claudio Monteverdis birth, Arcana is proud to reissue the seminal recording of the Sixth Book of Madrigals performed by Concerto Italiano, which is also one of Arcanas bestsellers.
Rinaldo Alessandrini describes the Sixth Book as the book of separation: permanent in the case of death; temporary in the case of lovers at daybreak. It is the book of poignant expression which culminates in the cycles of lamenti, whose autobiographical character is well known: the successive deaths of Monteverdis wife (Claudia Cattaneo) and his favourite singer (Caterina Martinelli). Its density of expression, its italianità, not exempt from theatricality, by turns luminous and despairing, make it the place where interpretation is the fundamental element, capable of overwhelming our contemporaries.