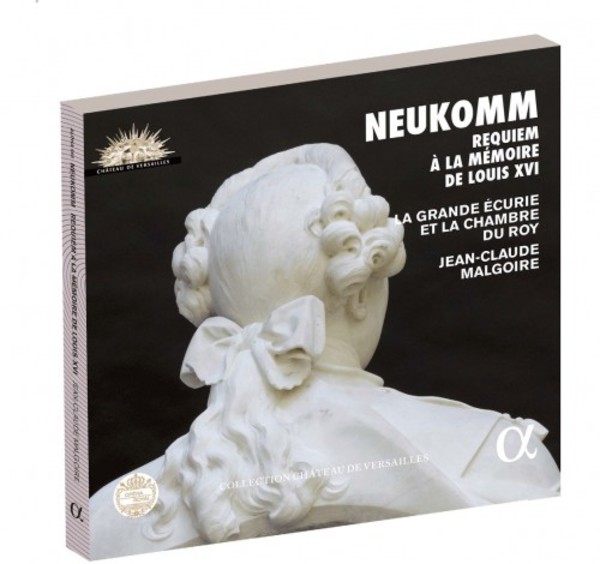 In spite of the immense success he enjoyed in his lifetime, Sigismund Neukomm (born in Salzburg in 1778, died in Paris in 1858 at the age of eighty) is practically forgotten nowadays. Yet he left a catalogue of nearly two thousand works, including fifty masses and a number of oratorios and motets.
Neukomm spent twenty years in the service of Prince Talleyrand, who commissioned him to write a requiem mass in memory of Louis XVI, guillotined in Paris on 21 January 1793. This was the second mass of the fifty he was eventually to compose, several of which were dedicated to monarchs. The Requiem was given at St Stephens Cathedral in Vienna on 21 January 1815 by more than three hundred singers divided into two choirs. Neukomm conducted one of them, while the other was directed by his friend Salieri.
As part of their joint series of recordings, the Château de Versailles and Alpha continue their rediscovery of repertory that has marked the history of France and of music. Here Jean-Claude Malgoire conducts this unpublished Requiem. This is the first appearance in the Alpha catalogue of this pioneering figure from the golden age of the exploration of Baroque performing practice.