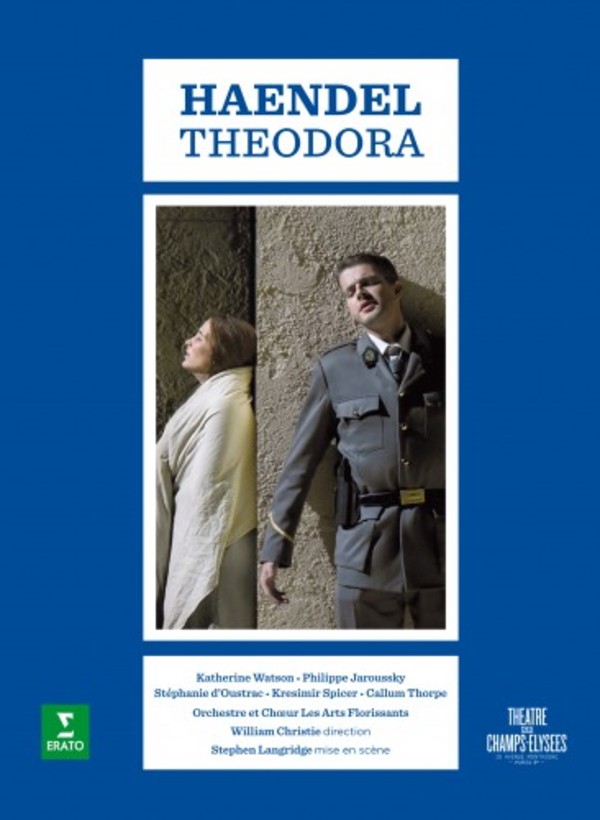 Handels Theodora, a tale of Christian martyrdom in 4th century Antioch, is a dramatic oratorio rather than an opera, but it achieved a new currency in 1996, when William Christie conducted a staging at Glyndebourne Festival Opera; this led to an audio recording, released by Erato in 2003 and described by Gramophone as a magnificent and deeply satisfying performance. Christie, who lives in France, was the natural choice to conduct Theodoras first Parisian staging  at the Théâtre des Champs-Elysées in Autumn 2015.

Le Monde spoke of William Christies conducting in glowing terms; it achieved great mystic depth through phrasing that was both firm and subtle, pure but warm in tone, empathetically following each inflection of anger, pain or ecstasy. The sonic fabric was rich and dense, the attack precise. Didymus was sung by Philippe Jaroussky. Le Monde described his performance of the aria Kind Heaven, if virtue be thy care as a model of ardent luminosity and commitment. In the title role, the young British soprano Katherine Watson  an alumna of Christies programme for young singers, Le Jardin des Voix  was moving, singing with a noble line, especially in the slow arias.

This double DVD is the first of three in a series of live recordings at the Théâtre des Champs-Elysées, which will see the releases of Mozarts Mithridate (Mitridate) in March 2017 and of Monteverdis Retour dUlysse (The Return of Ulysses) in November 2017.