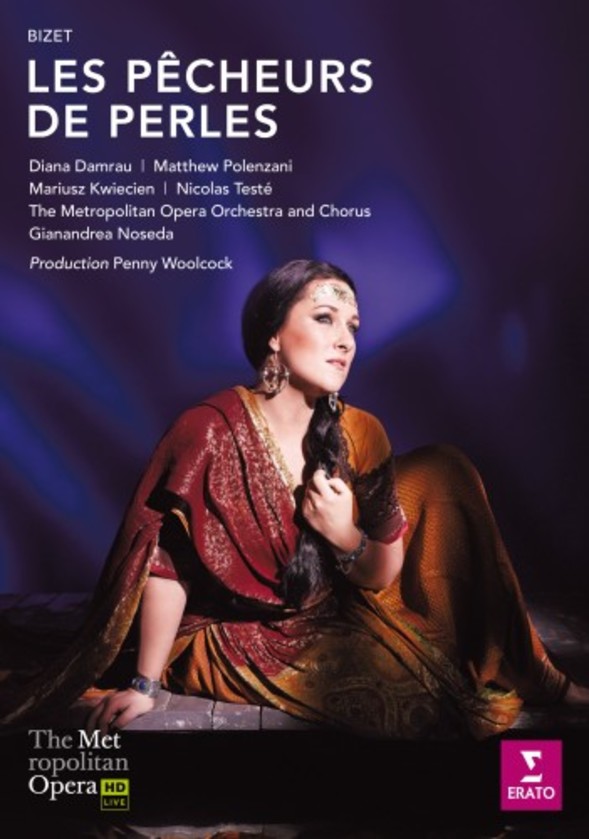 Bizets Les Pêcheurs de perles, set in Sri Lanka, is known above all for its unforgettable duet for tenor and baritone, but it its score is full of delightful and dramatic music. When recently staged at the Metropolitan Opera in New York it proved a major success, both for the production by Penny Woolcock and the musical performance, conducted by Gianandrea Noseda, with Diana Damrau as the priestess Leïla and, as the two men competing for love, the tenor Matthew Polenzani (Nadir) and the baritone Mariusz Kwiecień (Zurga). Woolcocks concept brought the production up to date, with photographic and video references to the 2004 tsunami, and offered a  superb aquatic spectacle during the overture: the whole stage appeared to be beneath the Indian Ocean and acrobatic divers swam down from the surface (located in the flies of the theatre).

Ms. Woolcocks updating of The Pearl Fishers works beautifully  Mr. Kwiecien is an ideal Zurga. Singing with burnished sound and lyrical richness, he looks like a natural leader, handsome, confident and something of an operator.  Mr. Polenzani makes a poignantly believable Nadir  [In the duet] their ardent, soaring performance, supported by the glowing playing Mr. Noseda drew from the orchestra, brought fresh urgency to the familiar music  Mr. Polenzani sang [his] haunting aria of remembrance with wondrous lyrical tenderness while conveying the musics gently swaying gait. And if you think its impossible for a tenor to cap phrases of a dreamy aria with melting, pianissimo high notes, report to the Met to hear Mr. Polenzani demonstrate how this is done superlatively  Ms. Damrau brings brilliant coloratura agility, radiant sound and charisma galore to the role of Leila  Mr. Noseda conducts as if every moment of the music matters deeply. - New York Times