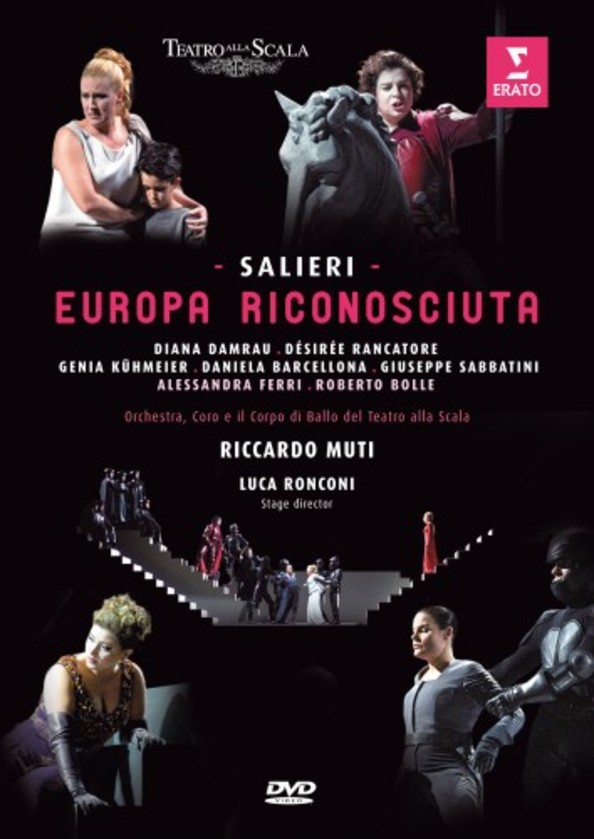 In 1778 Antonio Salieris Europa riconosciuta became the first work to be performed at the Milanese theatre later known as the Teatro alla Scala. Despite this honour, Europa riconosciuta (Europa recognised) remained unperformed for 226 years until 2004, when Riccardo Muti, then Music Director of La Scala, chose it to reopen the legendary theatre after three years of renovation work.

I love Salieri, Diana Damrau has said. He was an important man and a musical authority in Vienna, a teacher and an heir to Gluck as a successful opera composer. And, like Mozart, he was a dramatist in music. Europa Riconosciuta is masterly in its construction and builds up step by step. It's a thriller! Further vocal thrills were provided by another radiant coloratura soprano, Désirée Rancatore, by two further Italians  the heroic mezzo Daniela Barcelona and the elegant lyric tenor Giuseppe Sabbatini  and by the creamy-voiced Austrian soprano Genia Kühmeier.