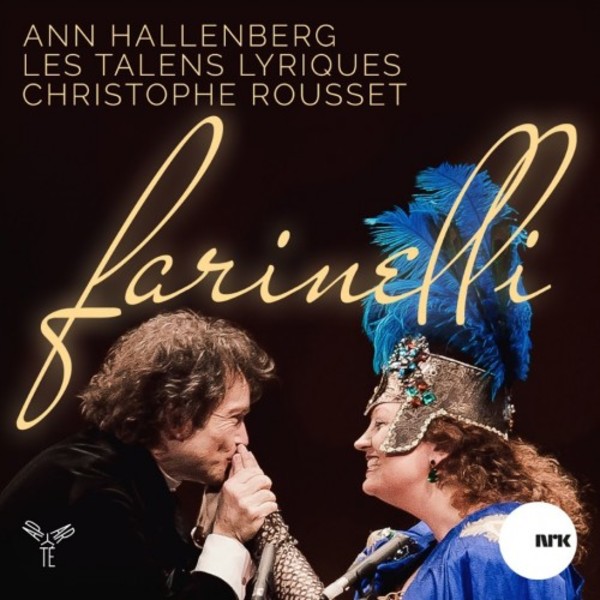 With more than a million copies sold, the soundtrack of Gérard Corbiau's film Farinelli contributed considerably to the international renown of Les Talens Lyriques, in 1994. Back then the voice of the castrato Carlo Broschi, known as Farinelli (1705-1782), was created using a computer to mix the voices of countertenor Derek Lee Ragin and soprano Ewa Mallas-Godlewska. On stage, in 2011, rather than a falsettist, world-renowned mezzo Ann Hallenberg was chosen by Christophe Rousset to portray the first rock star in the history of music. "The magic of the film came about thanks to a gripping human story, reinforced by music that was equally gripping," resumes Christophe Rousset, music director and conductor of the production. The idea for this programme, recorded in concert in Bergen, was to mix the emblematic arias of the film with other works from Farinelli's repertoire and relate the two periods of his career: the first, virtuosic and flamboyant, where the character accumulated as many ducats as vocalises; and a second, melancholic, introverted and sensitive. The libretto relates the exciting life of the infamous castrato, crisscrossing Europe on concert tours, giving performances acclaimed by royalty and an adoring public alike.

Hallenberg is a force nature... Hallenbergs voice is unmistakably her own, and the crackling tension of live performance fills every phrase. Her swaggering fireworks culminate in a final aria of almost ludicrous velocity. Her lyricism is equally powerful, thanks partly to Rousset.  Berta Joncus (Opera Choice)
BBC Music Magazine March 2017

Mezzo-soprano Ann Hallenberg continues a run of outstanding form on disc with this recital, recorded live in Bergen in 2011. ... A riproaring Son Qual Nave, by Farinellis composer brother Riccardo Broschi, is immediately followed by a low-lying aria by Giacomelli, which Hallenberg spins into gorgeously long, mellow lines; Cervo in Bosco from Catones Arbace seems designed to show theres nothing she cant do.
The Guardian 26 January 2017