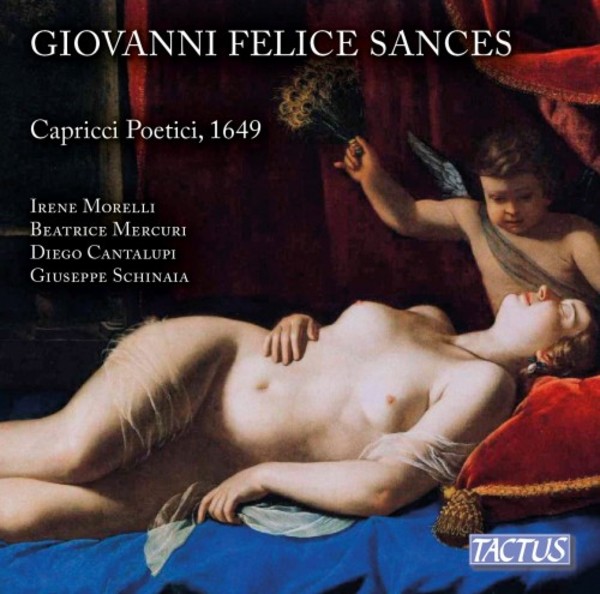 Born in Rome in 1600 in a family of musical traditions, Giovanni Felice Sances owes his musical education first to the Roman environment, and then to the Venetian, strongly influenced by the genius of Monteverdi that in those days was dominating unchallenged. The turning point of Sances life however, occurred at thirty-six when he was hired at the Imperial Chapel of Vienna, first as singer, and then - known for his skills - as main composer and favorite of the emperor; he retained this position until his death, leaving the Imperial Chapel an impressive number of compositions. The Capricci Poetici, printed in Venice in 1649 and dedicated to the noble Nicolò Sagredo, Venetian ambassador to the imperial court and later Doge of Venice, it was just one of the many works that allowed Sances of highlighting his compositional talent through which came to build up over time, the peak of the Imperial Chapel. Irene Morelli and Beatrice Mercuri voices deliver with great property of style the texts of these arias and cantatas, where Sances abandons the modal language typical of the sixteenth century and goes towards a wise use of tonal innovations, highlighting the salient moments of the text and the alternation of the affetti.