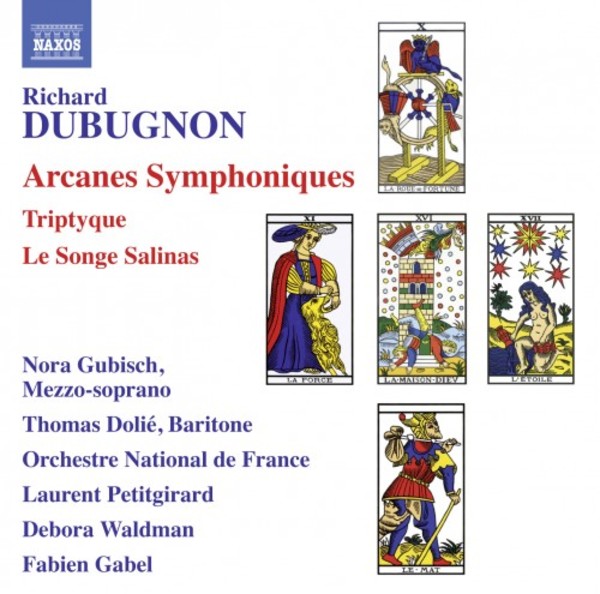 Described by The New York Times as driven by a playful, modern sensibility, the music of Swiss composer Richard Dubugnon blends elegant Gallic transparency with the rhythmical and structural complexity of German musical culture. The result is a very individual and immediately communicative idiom, notable for its colourful orchestration. Arcanes Symphoniques is a musical game, each performance of its brief allegorical movements taking on a different meaning derived from the symbols on Tarot cards. The unusually scored Triptyque and mini-opera Le Songe Salinas use texts by Stéphane Héaume in settings both tragic and sensually exotic.

In some ways the orchestral music of Swiss composer Richard Dubugnon, who is 50 next year, wouldnt seem out of place in the Vienna of a century ago: joy in the orchestras swooning sonic possibilities is everywhere evident in the three works recorded here. First theres the glitter and grand gestures of five of the Arcanes Symphoniques, the deck of tarot-inspired pieces that occupied Dubugnon on and off throughout his 30s. But the real novelties are the premiere recordings, taken live in concert, of two heady settings of even headier texts by novelist Stéphane Héaume. Triptyque (1999) pits a baritone, the resonant Thomas Dolié, against lean but vivid textures, astringent harpsichord and eerie celesta cutting through wind and brass.  Erica Jeal
The Guardian 12 January 2017