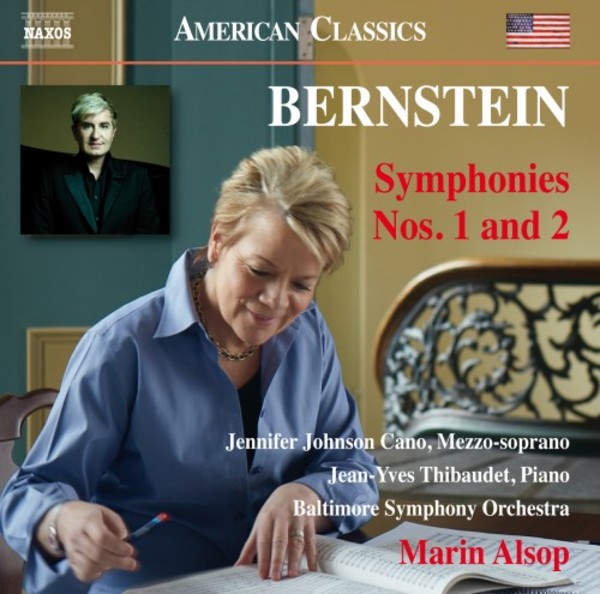 Leonard Bernsteins legendary 1943 Carnegie Hall conducting début brought his name to national attention, and the event was followed a few months later by the triumphant reception of his Symphony No.1 Jeremiah. This major symphonic statement explores a crisis in faith and employs Jewish liturgical sources, its final movement, Lamentation, being an anguished cry at the destruction of Jerusalem. Sharing the theme of loss of faith, Symphony No.2 The Age of Anxiety takes W.H. Audens poem of the same name and follows its four characters in their spiritual journey to hard-won triumph. Bernsteins Symphony No.3 Kaddish can be heard on Naxos 8559742.

Marin Alsop is an inspiring and powerful voice in the international music scene. She made history with her appointment as the 12th music director of the Baltimore Symphony Orchestra (BSO). Her success as the BSOs music director has garnered national and international attention for her innovative programming and artistry. Alsop took up the post of principal conductor of the São Paulo Symphony Orchestra in 2012, and became music director in July 2013. In September 2013, she made history as the first female conductor of the BBCs Last Night of the Proms in London  an honour she repeated in 2015.