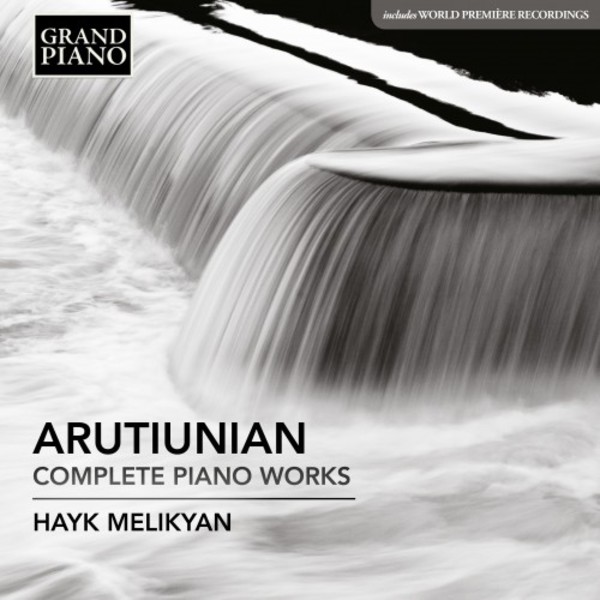 Alexander Arutiunian was one of the most prominent composers in the USSR, one of the representatives of the Armenian Mighty Handful and much admired by Shostakovich. An accomplished pianist, Arutiunian created virtuoso piano works that are rooted in Armenian folk traditions while expressing, in the words of Hayk Melikyan, a rich palette of emotions reflecting both his time and the history of his nation. From the Armenian Dance of 1935, with its delicate, transparent texture and strong rhythmic drive, via the more dissonant, neoclassical Polyphonic Sonata, the descriptive Musical Pictures, and the almost Debussyan approach to tonality in the Six Moods, to the simple and beautifully crafted Album for Children of 2004, the works on this recording, the first complete edition, span Arutiunians entire compositional career.

Hayk Melikyan is recognised internationally by classical music audiences and critics alike as one of Armenias most versatile and imaginative musicians and among todays most engaging virtuoso pianists. Since winning Second Prize at the Valentino Bucchi International Piano Competition of Twentieth Century and Contemporary Music, in Rome in 2000, he has included contemporary music as a leading component of his concert programmes, with performances throughout Europe, Asia and the Americas. In 2012 Hayk Melikyan was awarded a Gold Medal by the Moscow Composers Union for his contribution and promotion of contemporary music and in 2013 the title of Honoured Artist of the Republic of Armenia. He has given premières of numerous works by contemporary composers and a number of pieces have been specially written for him. His recording of Arno Babadjanians complete piano works [Grand Piano GP674], released in 2014, entered the Fanfare magazine Want List, the performances described as having power and agility to spare.