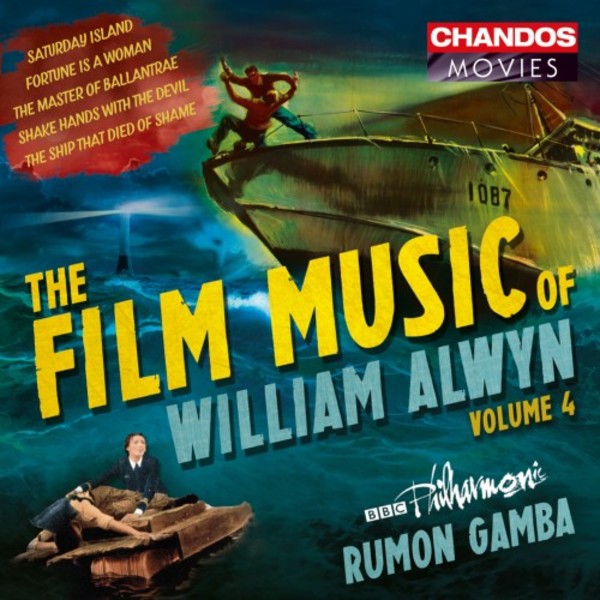 The fourth volume of our Alwyn film music series is finally out!

Started seventeen years ago with the LSO under Richard Hickox, the series continued with Rumon Gamba and the BBC Philharmonic, who released volumes 2 and 3 in 2001 and 2005. Rumon Gamba also got involved in other series, exploring the music of dIndy, Rózsa, and British composers of the twentieth century, as in two volumes of Overtures from the British Isles.

This latest album brings new recordings of music from the prolific decades of the 40s and 50s, during which Alwyn scored a number of famous films. These scores show to perfection Alwyns supreme skill in providing music totally attuned to the subject matter, which ranges from the dramatic to the exotic, from comedy to the factual. Much of the music recorded here had to be reconstructed by Philip Lane from the soundtracks, as written scores had not survived.