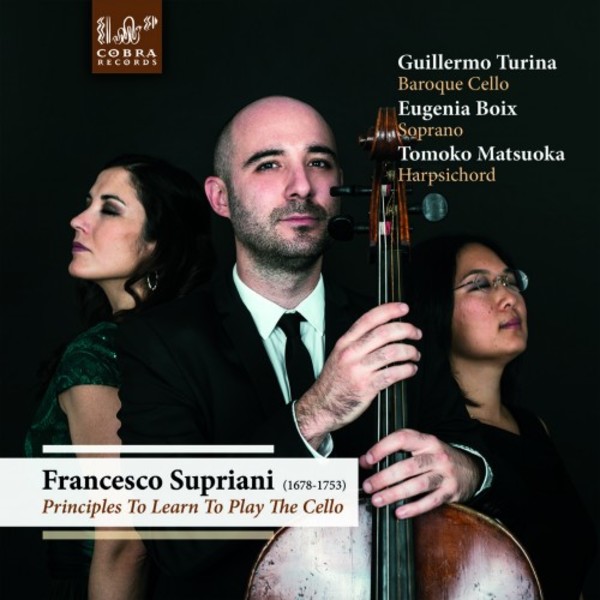 Francesco Supriani: Principles to Learn to Play the Cello

Little is known about Francesco Suprianis life. Born in the city of Conversano on July 11th 1678, it was probably where he began his musical studies. In 1708 he was appointed first cello of the Real Capilla de Barcelona, recently founded by violinist Giuseppe Porsile for Archduke Charles of Austria. In this way, Francesco Supriani became the first musician in Spain to be considered a cellist. After two years of service in the Real Capilla, Supriani returned to Naples in 1710 and joined the Real Cappella until 1730. There he shared music with some of the great musicians of the time, such as kapellmeister Alessandro Scarlatti. After his service in the court, he retired, keeping his wages as retirement pension, although he was allowed to play in solemn occasions. Francesco Supriani died in Naples on August 28th 1753.

The limited amount of his works that have survived to our days are very interesting due to the light it sheds on the technical possibilities of an instrument which was, until that time, focused fundamentally to the basso continuo. The present recording is the first monography dedicated to Francesco Suprianis music and is a perfect example of the variety of his small catalogue.

Baroque cellist Guillermo Turina, soprano Eugenia Boix and harpsichordist Tomoko Matsuoka have been playing together since 2012 in several Spanish ensembles. Since then, the discovery and study of Francesco Suprianis marvelous music led Guillermo Turina to direct this project, with the strong intention of bringing his music to its well-deserved position in the History of Music as one of the most important antecessors of cello playing.