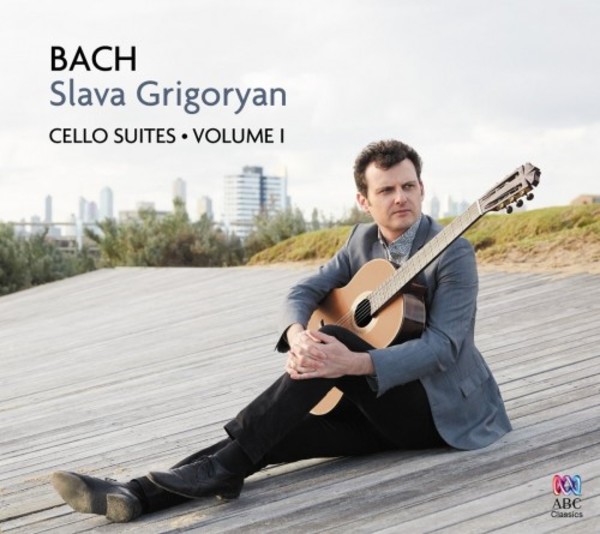 This album is the result of Grigoryans decades-long love affair with the Suites, music which has accompanied him throughout his life. Reflecting on Bachs music, he says: Im constantly staggered by the universe of ideas in each movement of every Suite. The simplicity, the elegance, the structure and the spirit are simply breathtaking.

Bachs Cello Suites were composed around 1720, and contain some of the most popular music ever written  but much of their history, including the instrument for which they were originally intended, is shrouded in mystery. What we do know for certain is that Bach arranged one of the Suites for the lute, a forefather of the guitar.

This is believed to be the world-premiere recording of the Bach Cello Suites on baritone guitar, whose lower pitch allows the Suites to be played in their original keys.

The use of the guitar also allows a fresh perspective on these baroque masterpieces, including bringing out some of the rhythmic grooves inherent in the music  an aspect that has led to Bach being described as the original inspiration behind jazz.

Grigoryan is renowned as one of the worlds most talented, sought-after and versatile instrumentalists. He collaborates with orchestras globally, and forms a long-standing duo with his brother Leonard. He has won ARIA Awards for Best Classical Album, and has also received significant acclaim for his performances in world and jazz music.

The album was recorded at the UKARIA Cultural Centre, the state-of-the-art new concert hall in the Adelaide Hills founded by Ulrike Klein. Future albums in Slava Grigoryans Bach series include volume II of the Cello Suites, and an album of concertos with the Adelaide Symphony Orchestra.