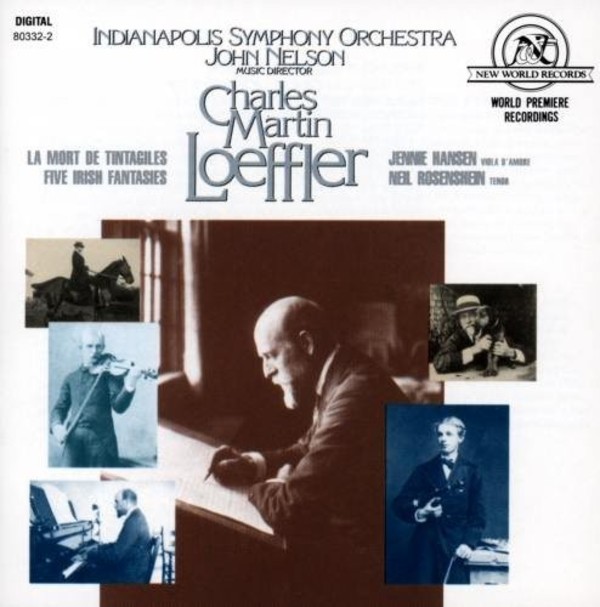 La Mort de Tintagiles was inspired by a marionette drama of the same title by the Belgian Symbolist Maurice Maeterlinck. Soon after Loeffler became acquainted with the play, his brother Raphael, then fifteen, suddenly died (in March 1895).  The character of Tintagiles became indentified with Raphael in Loeffler's imaginationand inspired the symphonic poem.

From the beginning, Loeffler thought of Tintagiles in terms of the viola d'amore.  He had purchased a viola d'amore in July 1894 in Paris and considered it "the only instrument capable of expressing the spirit and mood of the doomed."

Eight years after Loeffler composed La Mort de Tintagiles, he was attracted to two Irish tales of glamour and the supernatural. During 1906 and 1907 he set William Butler Yeats's "The Hosting of the Sidhe" and "The Host of the Air" for voice and piano. In 1908 they were published as The Wind Among the Reeds (title of the Yeats volume in which the poems had appeared).

In 1920 (the year the Irish Free State was established) Loeffler revised these songs and set three additional, completely different, texts: "The Fiddler of Dooney" and "The Ballad of the Foxhunter" by Yeats, and "The Song of Caitilin ni Uallachain" by William Heffernan (the Blind).