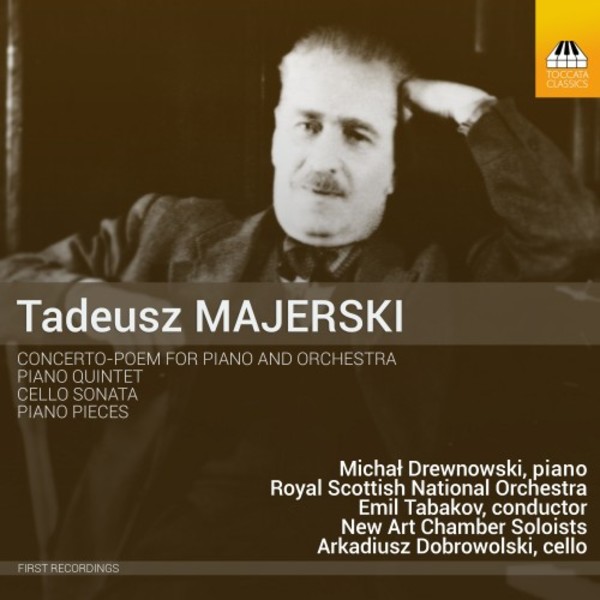 The Polish pianist-composer Tadeusz Majerski (18881963) wrote some of the most interesting Polish music of his day, bringing together late-Romantic sensitivity and the harmonic freedom of Schoenbergian modernism  although primacy of emotional expression was always his watchword.

In spite of his musical importance, Majerski spent his entire life in Lwów (now Lviv in Ukraine) and so has been almost completely lost from sight.

This first album dedicated to his work presents one of his major scores, the rhapsodic Concerto-Poem for piano and orchestra, as well as two powerful chamber works and a number of representative piano miniatures.

An extensive interview with the composer Andrzej Nikodemowicz, now in his 90s, brings personal memories of Majerski and paints a vivid picture of his difficult life in Lviv under Soviet occupation.

Michał Drewnowski is the pianist who has discovered Majerski and is making him known to the outside world  a task in which this release is a major step.

Michał Drewnowski was born in Warsaw in 1977 into a musical family, and has won prizes at a number of piano competitions. He performs as a soloist and chamber musician in his native Poland and across Europe, and has appeared as a concerto soloist with orchestras in Poland and abroad. He has played at countless festival recitals and in a number of major European venues. Majerski is not the only little-known Polish composer to interest Michał: others include Ludwik Grossmann, Stefan Kisielewski and Jadwiga Sarnecka, to whom, in conjunction with Toccata Classics, he will be turning his attention in due course. In 2009 he was a co-founder of the New Art Radio Philharmonic Orchestra in Polish Radio Łódź and has been its art director since 2009. He is currently on the staff of the Academy of Music in Łódż.