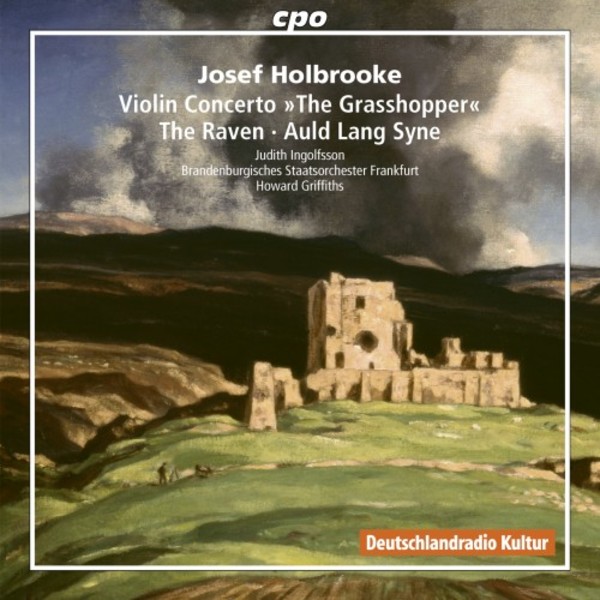 When the symphonic poem The Raven after Edgar Allan Poe celebrated its premiere in London in March 1900, the critics showered hymns of praise on this work so rich in unique orchestral colours and on its young composer Joseph Holbrooke. It brought him his breakthrough and firmly established his reputation as an innovative and original contemporary composer. There are certainly many settings of Poes poem, but Holbrooke was the first composer who did not merely set the text but used it as the poetic basis for his first Poem for Orchestra. Holbrookes idiom was the musical language of the late nineteenth century obliged to the primacy of expression, and he enriched it with his constant quest for new tonal effects. In his orchestral variations on the beloved Scottish folk song Auld Lang Syne he again displays his extraordinary gift for employing his absolutely inexhaustible inventive talent and fine feeling for harmony in order to endow simple song forms with subtle expressive variety. And his only violin concerto, The Grasshopper, radiates carefree lightness and is brimming with rhythmic wit  as the title itself suggests.

Once upon a midnight dreary, while I pondered, weak and weary,
Over many a quaint and curious volume of forgotten lore
While I nodded, nearly napping, suddenly there came a tapping,
As of some one gently rapping, rapping at my chamber door.
Tis some visitor, I muttered, tapping at my chamber door
Only this and nothing more.

from The Raven, Edgar Allan Poe