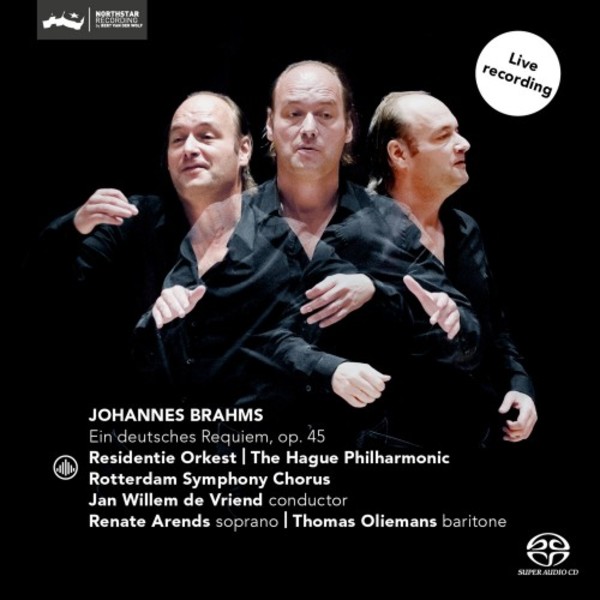 Jan Willem de Vriend conducts The Hague Philharmonic and Rotterdam Symphony Chorus in a superb performance of Brahmss A German Requiem. Soprano Renate Arends and baritone Thomas Oliemans, both internationally acclaimed with enduring careers in opera, oratorio and song, are the soloists.

Between 1865 and 1868 Johannes Brahms composed his masterpiece Ein deutsches Requiem. A large scale work of seven movements for orchestra, choir and soprano and baritone soloists, it is Brahmss longest work. With the death of his mother in mind, Brahms took a totally different path from his predecessors with the idea of a Requiem - his is a requiem to comfort, it is not a work for the dead, it is music for the living! The narrative and energetic style of De Vriends conducting gives the Requiem both depth and liveliness.

Dutch conductor Jan Willem de Vriend has received much praise from critics worldwide for his performances and recordings, including, for Challenge Classics, cycles of Beethoven and Mendelssohn Symphonies and the Beethoven Piano Concertos with Hannes Minnaar. In his final season as chief conductor of the Netherlands Symphony Orchestra, he is now one of two principal conductors of the Residentie Orkest (The Hague Philharmonic), along with Nicholas Collon.