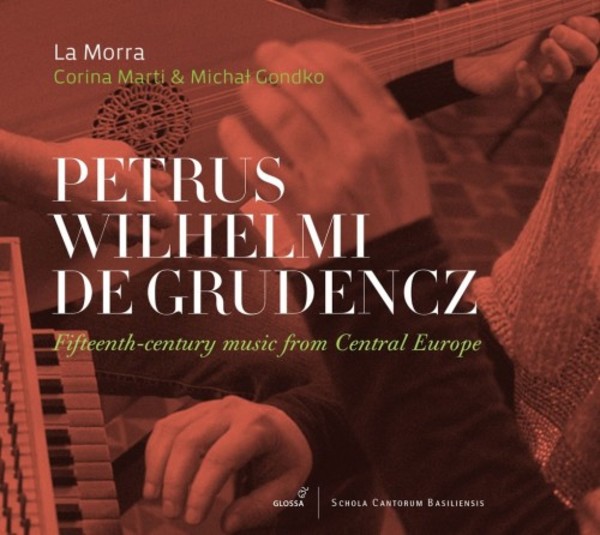 The release of a new recording from La Morra is always exciting in terms of creative and imaginative artistry and not just within the realms of late medieval and early Renaissance music. With a disc focusing on the 15th-century composer Petrus Wilhelmi de Grudencz, in a production from the Schola Cantorum Basiliensis strand on Glossa, the ensemble is set to repeat its happy knack of alighting upon an area of largely untravelled repertoire and making a fascinating programme from it.

Wilhelmi was what can be called a Central-European composer: born in todays Poland he was active in German, Bohemian and Silesian territory, a musician from within the Holy Roman Empire, and open to new trends coming from the West and South. Without being a cultural force to rival his near contemporary Guillaume Dufay, Wilhelmi provided music which had a long-lasting appeal for the learned, non-professional musicians in Central-European lands.

Corina Marti and Michal Gondko, the Swiss ensembles joint artistic directors since its formation back in 2000, add their skills as instrumentalists (keyboard, recorders and lute) to those of their quartet of singers in a survey which also embraces further Latin and secular-texted compositions by Nicolaus de Radom, Johannes Tourout and Othmarus Opilionis de Jawor, further examples of how Central European composers were absorbing ideas coming from the Franco-Flemish tradition, Italy and the Ars Nova from France.