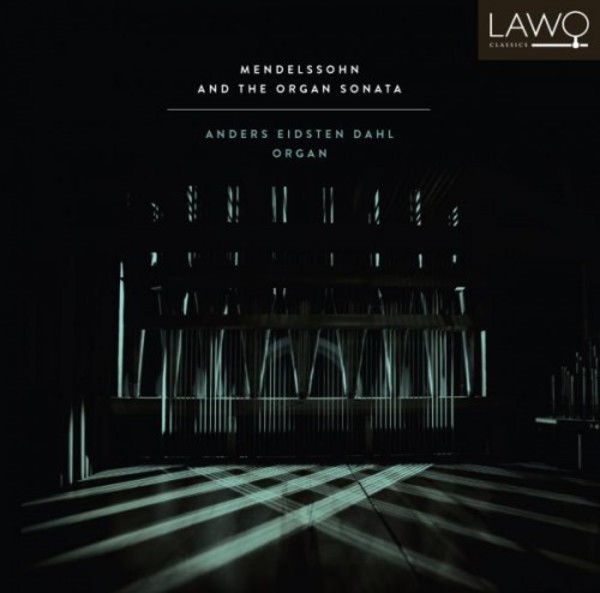 Mendelssohn and the Organ Sonata

Mendelssohn was commissioned to write organ music by Coventry & Hollier, organ music intended for the English market. The term voluntary is used for a piece of organ music bearing a certain resemblance to the classical French overture, with a slow followed by a fast movement.

It cannot be said that Mendelssohn was the most innovative composer of his times, but he became an important organ composer. His three preludes and fugues (opus 37) from 1837 are the first newly written organ works by an eminent composer after Bachs death in 1750. The six organ sonatas of Mendelssohn were published concurrently in England, Germany, France and Italy, underscoring the high regard in which the sonatas were held at the time.

This recording, which contains the six Organ Sonatas op.65, as well as nine pieces without opus numbers, were recorded on the new Eule Organ in Sofienberg Church, Oslo, Norway.

Anders Eidsten Dahl (born 1976) studied with Terje Winge at the Norwegian Academy of Music, where he received a degree in church music in 1999. Following his studies with Kåre Nordstoga, he received his diploma in solo organ performance from the same institution in 2001.