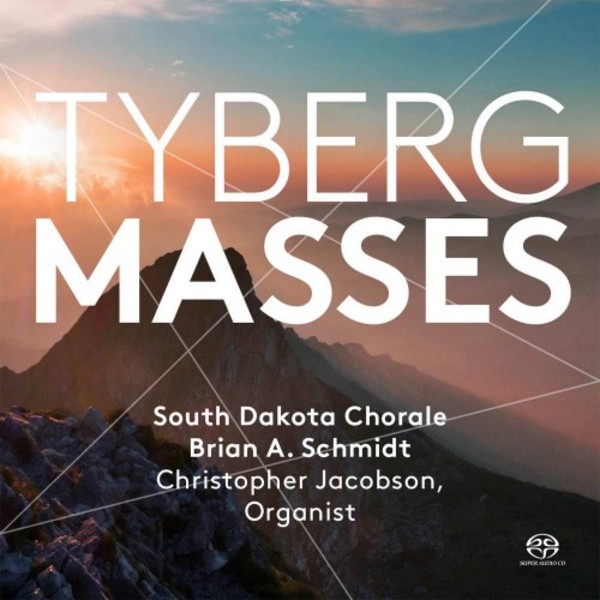 Mass no.1 in G major
Mass no.2 in F major 'Messe de fascile'

Mass no.1 in G major
Mass no.2 in F major 'Messe de fascile'

Marcel Tyberg was an accomplished Viennese composer, conductor and pianist. Unfortunately, due to the conditions of World War II, Tyberg, only 1/16th Jewish, was sent to his death and his musical career was prematurely extinguished. When Marcel Tyberg was murdered at Auschwitz, his music was lost with him. Until now.

Anticipating the Nazi movement in his region in 1943, Marcel gathered his friends in secret to share his music one last time. One friend recalled, There was a childlike joy and tenderness in him that is only seen in great souls shortly before their return home. The tears ran down my cheeks. We all had the feeling that he will not be with us much longer. That night Marcel entrusted his compositions to a friend  including the two Masses, his only sacred manuscripts that exist today. Only a few days later, Marcel was captured in a night raid by the Nazi Gestapo and later counted among the millions murdered at Auschwitz. His music was kept by friends and eventually ended up in Buffalo, NY, where the Buffalo Philharmonic began uncovering his symphonies in 2008.

Tybergs Masses reverberate the joy of a devout man and brilliant musician. Their late-Romantic structure and harmonic composition resemble other masters like Mahler and Brucker, and their symphonic breadth encompasses a vast range of human emotion. From the intimate iterations of Sanctus, sanctus, sanctus (Holy, holy, holy) in both Mass settings, to the roaring organ solo in the Sanctus of the Messe di fascile in F major, to the painfully beautiful soprano solo in the Agnus Dei of the Mass in G major.