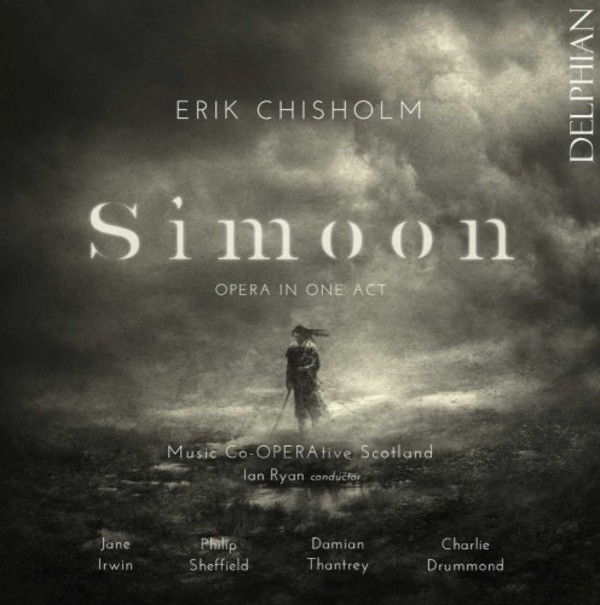 Simoon (opera in one act)

Simoon (opera in one act)

The Simoon  the violent, hot wind that blows in the North African desert  gives its name to August Strindbergs psychological drama, published in 1889 and later described by the Glaswegian composer Erik Chisholm as exciting and frightening. Third in a triptych of operas which the composer wrote after his move to South Africa in the late 1940s, his adaptation of Strindbergs play evokes the desert setting through a blend of the Hindustani scales he had studied in wartime India and a skilful use of free twelve-tone technique, but was never performed with orchestra in his own lifetime.

Restored here to full colour, this terrifyingly compact fifty-minute work reveals Chisholms ability to create music of extraordinary sensuality in which the senses are hideously deceived, the intense exoticism both beautiful and a parody of its own beauty. Psychologically brutal, its sensuality feeds upon death, while its subject matter was as thoroughly topical in its own time as it is resonant today, turning as it does on a confrontation between faiths and on the consequences of colonial aggression. Simoon presents no easy answers, but this brave work gives powerful expression to powerful emotions and beliefs; it is an undoubted twentieth-century masterpiece.

Teeming and seething, percussive, restless and evocative  focused and atmospheric playing from the musicians of Music Co-OPERAtive Scotland.  Jane Irwin made an urgent, beguiling Biskra and Damian Thantrey a credibly lusty, damaged Guimard.  The Guardian, June 2015